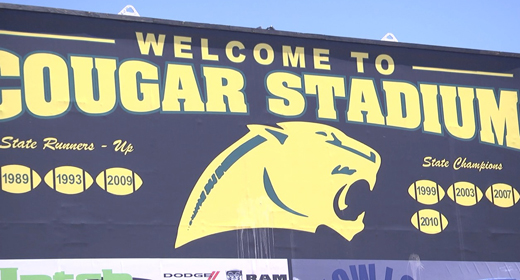 For those of us that have been to a live sporting event, or watched one on TV, we know how tough it is for those athletes to play just that one sport, let alone two or three.

Chastine is a senior at Show Low, and the way she tells it, she actually played four sports during her time there.

In her first two years at Show Low, Chastine says she played volleyball, in addition to basketball and track, but made the switch to cross-country after that.

“I kind of didn’t have the feel for it,” Virgen said. “I went to cross-country to try something new and to improve my track speed.”

Chastine says running cross-country is very different from running track in the way it’s laid out compared to a track meet.

“My first experience [running cross-country] was awesome,” Virgen said. “It’s not like a track kind of  thing, it’s more like you run around courses.”

When I asked Chastine which of the three sports is her No. 1, her eyes lit up and she immediately said track.

“Track is my top sport, and I want to go to college for it,” Virgen said. “[In track] you kind of want to give it your all for your team and give it all for yourself.”

Chastine says the track team is successful because they are unified, working together for one common cause: to win.

“We pray, we stretch as a team,” Virgen said. “We’re there as a team no matter what, if it’s individual or a team event.”

Sometimes your first love can be the cruelest to you.

Chastine injured her knee running track, but she says it won’t stop her from returning to form, as she’s already taking steps to rehab the knee.

“I’ve been having physical therapy every week and trying to adjust my kneecap to get it back in place,” Virgen said. “As soon as I get it going and moving, I’ll be just as good as normal.”

Chastine says she’s gotten quite a few offers to play sports at the college level. She says she’s taking her time to find the right school for her.

“I’m kind of just like ‘I don’t know yet,’ just kind of waiting to see what other offers I get,” Virgen said.