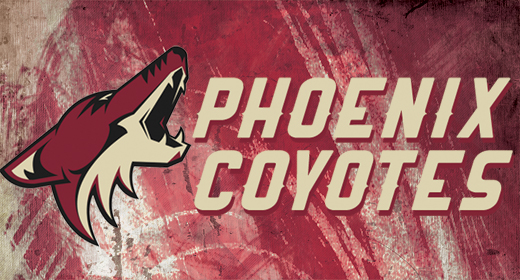 In a year filled with highs and lows, the Phoenix Coyotes got some good news Thursday which could go a long way towards keeping the team in Glendale.

A Maricopa County Superior Court judge ruled in favor of the Glendale City Council keeping the proposed deal intact in their attempt to keep the ‘Yotes in Arizona. A group spear-headed by Greg Jamison has been squabbling with Phoenix-based Goldwater Institute over an arena lease agreement.

For head coach Dave Tippett, the ruling is music to his ears.

“It’s been a long process trying to get the ownership solidified and this lease is a big part of it,” Tippett told Brad Cesmat Thursday on ‘Big Guy on Sports.’ “We’ve seen a lot of hard work go into this organization and we’d like to see it stay here and strive here. I think you saw in the playoffs last year what kind of excitement it can create when you have a winning team.”

It also comes at a time when the Pacific Division champs are trying to improve their roster through free-agency which starts July 1st. At the top of the list is Captain Coyote Shane Doan who’s spent his entire career with the organization.

“Shane would like nothing more than to see this organization stay here,” Tippett told Cesmat. “He would like to finish his career here. Obviously, when there’s so many balls in the air he’s got to look at all the different scenarios that could happen.”

The 35-year forward is expected to garner plenty of attention on the open market as perennial powers like the Detroit Red Wings have reportedly expressed interest.

So what does Tippett’s gut tell him about Doan’s future?

“I think he’ll be back, I really do,” he said. “There’s too much admiration between him, our organization, the fans, the city. If there’s any possible to get things resolved and move forward I think both parties will get it done. I can’t imagine our team without a leader like Shane.”