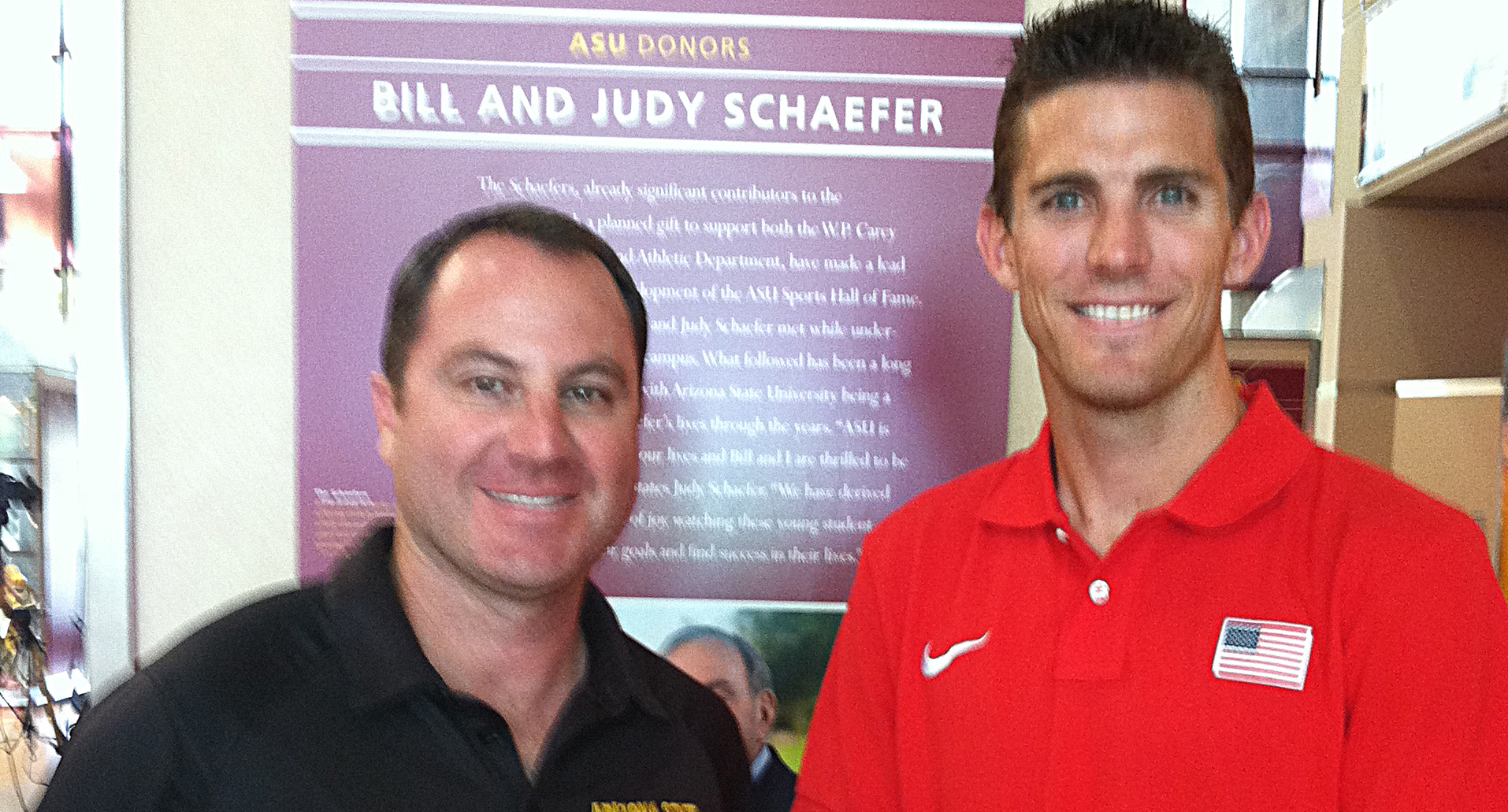 Arizona State University has churned out some great athletes over the years, and 16 of those great athletes are getting set to fly to London, England to take part in the Olympic Games.

Kyle Alcorn was the tenth Sun Devil to qualify for the Games, officially stamping his ticket on June 28 in Eugene, Ore., at the U.S. Track & Field Trials.

Alcorn placed third in the 3,000m steeplechase, with a time of 8:22.17. He finished behind fellow Nike teammates Evan Jäger and Don Cabral.

“[It’s] a huge sense of accomplishment when you cross that finish line, and I finished third, and I knew I made the team, and I’m going to London,” Alcorn said. “It’s a huge honor as well to be representing the United States and an honor to be even a part of a track team like the U.S. too.”

Naturally, Alcorn’s family – who consists of his wife Angela, their six-month old son Landon and his parents, who made the drive up to Eugene and back – was ecstatic after the race, knowing that Alcorn had accomplished something he’d been striving for nearly his entire life: making the U.S. Olympic Team.

“They all knew that I could make it, but for it to actually happen was just for them a huge [bit] of excitement,” Alcorn said.

Alcorn’s training regimen is very intense. He says he runs between 90-95 miles a week, and goes to the gym twice a week to work on “strength training.”

Alcorn says to counter all that pounding his body takes, he visits various chiropractors and massage therapists to keep his body in line.

Alcorn also makes history as being the first Sun Devil steeplechase runner to qualify for the Olympic Games.

“That’s great to be the first at anything,” Alcorn said. “Hopefully there’s more to follow, [because] it’s real exciting.”

Alcorn had no doubt that Arizona State would be well represented in London at the Games. He’s well aware of the talent pool that the university can, and does produce.

“It doesn’t surprise me too much,” Alcorn said. “Arizona State’s competitive in all of our sports when it comes to our conference and nationally. It’s awesome to be able to share this experience with fellow Sun Devils.”

When asked who he’ll be running for in London, Alcorn had a broad answer.

“I’ll be running for a lot of people,” Alcorn said. “Having a new kid, being able to share that with him later in life will be awesome. There’s been a lot of people who have supported me to get me to this point, and I want to make them proud.”