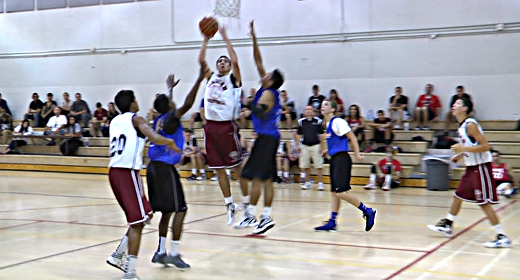 In 2008, Randy Walker took over a Boulder Creek basketball team that, for all intents and purposes, was in the pits.

It was a program that, in the three years prior to his arrival, hadn’t won more than 10 games in a season.

Walker jumped right in and immediately turned things around, winning 21 games in his first season as head coach. He then followed that up with a spectacular 2009-10 season, which saw the Jaguars end up as Division II state champs.

This past season, Walker and the Jaguars had a solid 20-win season, but was ousted by Desert Mountain in the first round of the playoffs.

The Jaguars, according to Walker, have no starters returning from last year’s team, so it ‘s almost like they’re starting from scratch.

“This summer’s been all about finding ourselves, and guys having to play roles they’ve never played before,” Walker said. “They’re a good group of guys, they work hard and that’s what any coach wants.”

Walker says his guys are also good listeners, and they’re eager to be coached up.

“When they get in the right mindset, they’re fun to watch,” Walker said.

Walker says the team’s “coming along” in that aspect of their game.

“We still need to improve and be more consistent,” Walker said.

Senior forward Ray Vivola will be asked to take more of a leadership role this season. Vivola knows that it’s a little tough when the team has so many new faces, but he has high hopes for this coming season.

“I’m hoping that we can all grow as a team, and also me individually,” Vivola said. “I want us to grow in strength, and have good team chemistry and I want it to be a good year for us.”

Gilbert Christian Knights poised for another run at glory