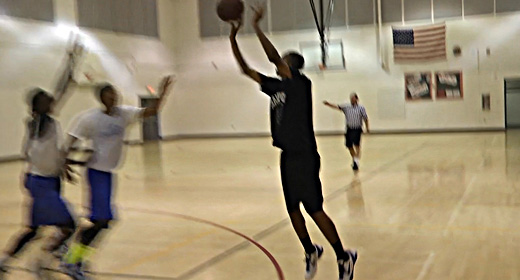 In the eight years since Gary Lee has taken over as head basketball coach at Cesar Chavez High School, the team has won 163 games.

For the second time in three years, the Champions made it to the state title game last February against Corona Del Sol.

For this upcoming season, Chavez is looking to get back to the promised land, and actually win a title.

Lee believes his team has some great pieces in place in order to do that.

The team was quite stingy on the defensive end of the court last season, which was a big reason for their success.

The Champions gave up an average of 55 points per game, and according to senior guard Lorenzo Smith, the team is looking to lock down opponents even more this coming season.

“[It’s about] defense basically,” Smith said. “That’s what we focus on, defense.”

Guard Jesse Salazar played in 31 of the 33 games last season, and is looking for big things in his final season with coach Lee and his teammates.

Salazar says there are some things the team needs to tighten up if they expect to see those big things come to pass.

“Become better as a team, play more defense, pass the ball more and hopefully we can get it [state title] this year,” Salazar said.