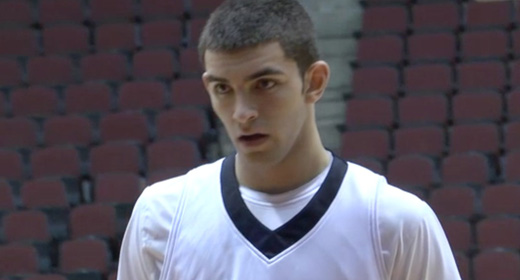 This summer, Bender has been working as hard as ever as he is hoping to help lead Pinnacle to their first state championship in basketball, despite how successful the basketball team has been since the school opened back in 2000.

On top of gearing up for next season, Bender individually put himself more on the map nationally as he, along with Jaron Hopkins, Payton Dastrup, Paul Watson, Casey Bensen and others from Arizona participated in the Pangos Top 100 Camp in Long Beach, CA back in June.

“It was awesome,” Bender said. “It was great to see all of the great players there like Payton (Dastrup), Casey (Benson), Jaron (Hopkins) and Paul (Watson) there representing Arizona which is always good.”

After Pangos In June, Bender took a big recruiting trip for ten days which included Creighton, Drake, Colorado and Utah. There were a few things that Bender was looking for on those visits.

On top of those schools Bender visited, he has also received interest from Air Force, Dartmouth, Houston Baptist and NAU.

Obviously winning a state title is on the top of Benders to do list. But there is one thing in particular that he is hoping to accomplish before all is said and done for high school hoops.

“I just want to know that I gave everything I had and gave my teammates everything I could give them,” said Bender. “If we fall short of a state championship then so be it. I just want to play this year, have fun and make it a year to remember.”