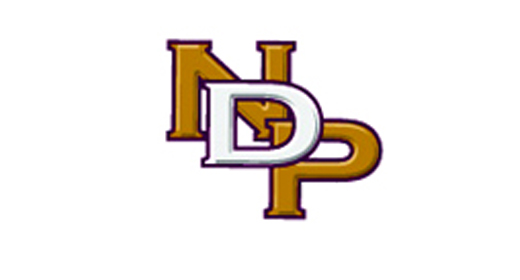 The 2011 Notre Dame Prep football team was one of the most resilient groups of young men that the state has ever seen. Marred over the shock that their football coach Scot Bemis, who led the Saints to state titles in 2007 and 2008, had been diagnosed with lung cancer and was not on the sidelines for the entire season.

Despite this great adversity, Notre Dame Prep managed to win their last four games of the season to get into the playoffs. Then made noise in the process upsetting Salpointe Catholic in the first round. Ultimately falling the week after against Ironwood Ridge. Coach Bemis passed away after the season in January of 2012.

Now under the leadership of coach Greg Gregory, the Saints are poised for a breakout 2012. With 13 returning starters from a year ago (six on offense and seven on defense), this tight knit group is ready to turn some heads.

“First and foremost we are lucky to have some very good players. Much more experienced team,” said Coach Gregory. “You always want unity and team concept. These kids are very close on and off the field. They really respect each other.”

The offense will be lead by one of their top athletes, tight end Grant Martinez. Martinez made news in the off-season committing to play for Todd Graham and Arizona State at the next level.

“From the first day Grant showed up you could see he had tremendous potential but it is his quiet ability to lead and improve that sets him apart,” explained Coach Gregory. “God gave him a great skill set and he has taken it to the next level”

Also offensively, senior Nick Duckworth takes over under center and the Saints will rely on their work horse, running back Nick Cole. Last season, Cole had 1,500 yards on the ground in games he had more than 30 carries. He is a player that coach Gregory calls a “very special kid.”

For guys like Cole, Duckworth and Martinez to be successful, they will need a lot of help from their offensive line which is a work in progress going into the season

“It always takes the O-Line longer to come together,” mentioned coach Gregory. “They have such a great responsibility. And are working very hard to be the best they can be.”

On defense, their junior safety Jordan Schlueter, who could be the team’s top prospect after Grant Martinez graduates, will make a big impact. He had 54 tackles and 14 pass deflections as a sophomore in 2011. Defensive back Maurice White and his team leading five interceptions as well as linebacker Luke Taffuri and his team leading 82 tackles from 2011 will be back as well.

Notre Dame starts off their season on August 24 at home against Marcos de Niza before heading to Paric Tailteann, Ireland for a game against Father Judge from Philadelphia, PA.

The Jackrabbits plan to “exhibit the Mesa spirit of old”