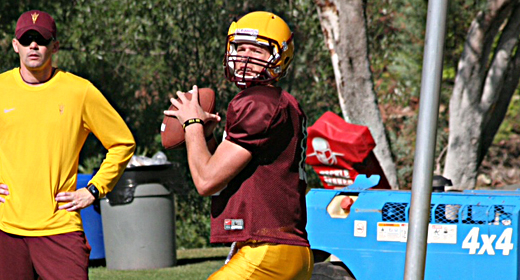 As expected, Arizona State Coach Todd Graham announced this morning that Taylor Kelly will be the starting quarterback for the August 30th season opener against Northern Arizona University.

“There is a small thin line between them,” Graham told Brad Cesmat. “We got to go with the guy who is going to help us be successful in Week 1.”

We will have much more on this story during the day on Pros2Preps.com including Coach Graham on the radio show between 12p-2p.