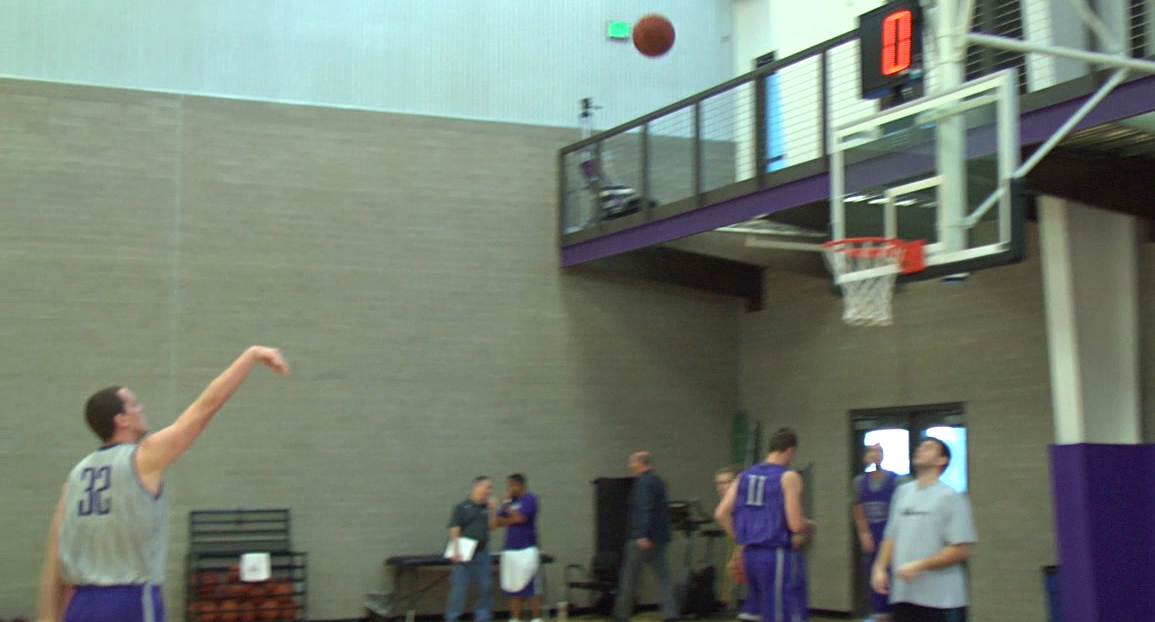 Naturally the Lopes will be looking to build off that success and win more games and go even further come tournament time. What they’ll need is a stronger low-post game, which they should have after adding junior center Killian Larson to their roster.

Larson transferred from Dominican University, but he had to sit out all of last season, because he transferred between two schools which are inside the PacWest Conference.

Larson says the main reason why he decided to come to Grand Canyon was because his coaches got let go at Dominican, and he felt, in his heart, that it was time to move on.

“When I came on my visit here to Grand Canyon, the coaches sold it to me,” Larson said. “They’re from the Midwest, they’re good old boy morals, that’s where my family fits in at, and the facilities are amazing. Right when I got here, I knew this is where I should be, and I’m big into my Christianity, so God really pointed this out to me.”

Larson says at first, it was tough sitting out and not being able to play with his new teammates, but he says he got used to it after a while.

“I used my practices as my game time,” Larson said. “I adapted to it, and now I’m just ready to shake off the first game time rust, so hopefully I don’t overshoot the basket by 50 feet on my first shot.”

Larson spent two seasons at Dominican, and in his final season [2010-11], he averaged 27 minutes a game and led the team in both scoring [12.9 ppg] and rebounds [6.7 rpg]. Larson also had eight double-doubles that season.

“He’s a guy that you can run your offense through,” head coach Russ Pennell said. “He’s such a presence inside, he’s a great scorer around the goal and he’s so physical.”

The problem the Lopes opposition will have, according to Pennell, is whether to double down on Larson or play him straight up.

“Most people can’t play him one-on-one because of his size [6-9, 268],” Pennell said. “So by doubling down, that gives shooters an opportunity to even get a better look at the goal than they had before.”

Forward/center Braylon Pickrel is ecstatic to have Larson on his team, because he knows that will open things up even more for him.

“To make a long story short, I won 14 games in my two years at Dominican, so when they win 19 games in one season, that’s an automatic plus for me,” Larson said. “Plus we go to the national tournament, I can’t ask for much more, so I’m really excited for this season.”