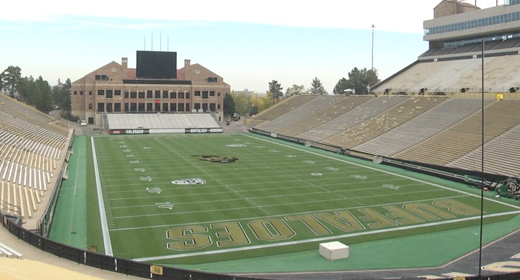 If you could define the epitome of a trap game, this is it. The 4-1 and first place Arizona State Sun Devils traveling to Boulder to face the 1-4 Colorado Buffalos on Thursday night. One week before facing off against the top team in the North and number two ranked team in the country, the Oregon Ducks.

But as head coach Todd Graham puts it, his team is “Laser focused” as usual and is making sure his team continues that step-by-step, one game at a time mentality.

Colorado has struggled in 2012 with losses to Sacramento State and Fresno State on the season. The Buffalos did go into Pullman, Washington and shocked Washington State on the road. Despite that win, Colorado is a team that is ranked dead last in the conference in both total offense and total defense.

“One thing about Division I ball, I feel like you can’t just shut down because a team is not so good,” added Sun Devil defensive back Deveron Carr. “Like they say, Thursday nights, ESPN, things bad happen all the time. I feel like if you go in there and lack mental preparation and you lack focus out here at practice, on that Thursday you will lose.”

Like Carr mentioned, thursday nights have proven to bring unexpected drama in the past with the entire country having the opportunity to tune in for the one and only college game on TV. Colorado knows from experience. The last time they were on a Thursday night game, they shocked a 21st ranked West Virginia team at Folsom Field in Boulder.

Colorado head coach Jon Embree stated in his weekly press conference that his team needs to take pride in defending their own turf. He joked that maybe he should have the team sleep with mascot Ralphie as the stadium to better understand the importance of winning at home.

In a hostile environment, on a national stage, Graham’s biggest key for his team is simple but important when facing a team looking to defend their own turf.

“The key for us is not to give up any cheap ones,” Graham explained. “First thing I talked about was the North Carolina State game (who knocked off Florida State last weekend at home). If you’re going into someone else’s place, you have to be the most passionate, the most disciplined team on the field. No one is just going to lay down for you.”

While playing on Thursday night could bring adversity, it also brings great opportunity for ASU to be spotlighted throughout the country. Something that could benefit the team in perception as well as in recruiting.

“Only team on ESPN on Thursday night, all my friends back home watching, all my family watching,” mentioned ASU safety Alden Darby. “We’ve got to perform as a team.”

The Buffalos and Sun Devils clash in this important Pac-12 South matchup Thursday at 6:00p.m. from Folsom Field in Colorado.