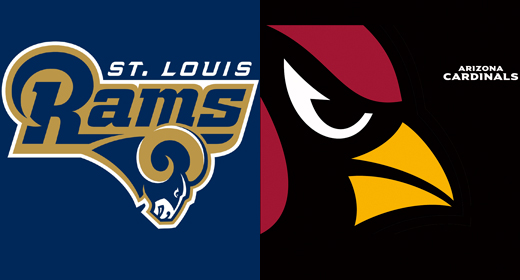 It’s finally time for all the “Cardinals having a short work week” talk to cease.

It’s time to focus on their next opponent – the St. Louis Rams – whom they’ll face at the Edward Jones Dome on Thursday night.

Head coach Ken Whisenhunt said the fast week of work was “different.” Different in the fact that the team isn’t used to preparing for play on a Thursday night.

“It’s so weird, you don’t even know what day it is,” Whisenhunt said. “You worry about the time, because today we’d just be going on the field for our first Wednesday practice.”

Whisenhunt says the team prepared well during the week, and they trust that their preparation will yield a positive outcome on Thursday night.

“Hopefully we play fast and not make a lot of mistakes,” Whisenhunt said.

Whisenhunt says with the condensed work week, the team tried to prepare as they normally would for a game, but some areas that aren’t used as much had to be “scaled back.”

There’s good news on the personnel front: everyone got some practice time in on Wednesday, including Darnell Dockett, Todd Heap and LaRod Stephens-Howling, who were all battling various injuries.

“That’s good on a short week,” Whisenhunt said. “We’ll have to test them out tomorrow night and really get a feel for who can go and who can’t.”

Whisenhunt says despite being in the national limelight on Thursday, the team – most notably the defense – needs to stay “disciplined.”

“You don’t wanna just fly around and leave guys uncovered like we did last week and give them big plays,” Whisenhunt said.

The Rams have some dangerous players on offense, in quarterback Sam Bradford, running back Steven Jackson and wide receiver Danny Amendola, who has 31 catches so far this season.

Defensive end Calais Campbell says the defense is going to have to keep constant pressure on Bradford and crew, if they have any shot of being competitive in the game.

“They have a lot of weapons on offense,” Campbell said. “We gotta be able to shut them down and take away what they like to do best.”

Campbell says the team’s not tired coming into the game, they’re actually “excited.”