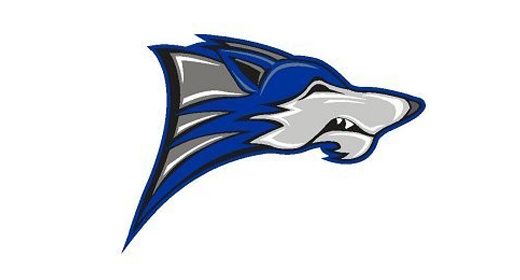 It has been a draining three weeks for the Chandler Wolves. They had to battle back to a win at Basha and then lost two straight to Mountain Pointe and Hamilton.

So the Wolves made it a point to come out fast and hard against Dobson on Friday. And they did so knocking off the Mustangs 44-12

“It was really important coming out here and getting a W and scoring on the first drive,” said Chandler quarterback Darrell Garretson who threw for 368 yards and three touchdowns against Dobson. “I don’t think we have scored on the first drive in like four games or something like that so it was really good to get that monkey off our back.”

“We wanted to win those games so much, so to come out and get this done is what we needed to do,” added Chandler senior offensive guard Tyler Shank.

The Wolves were led by a dynamic-duo attack starting with quarterback Darrell Garretson throwing to receiver Mitch McCulley. The two were dialed in all night with McCulley coming down with some spectacular catches, ultimately finishing with eight receptions for 149 yards and two touchdowns.

These two are very familiar with each other as they have been teammates since pop warner. The senior Garretson is already committed to play for San Jose State at the next level. It just so happened that members of the San Jose State staff were present at the game against Dobson and also happen to be in the market for some wide receivers following the 2013 season. They got a pretty good indication friday night of what Garretson could look like throwing to his favorite target, the junior McCulley. Something that could help Spartans in 2014 and beyond.

“We’ve been working out together since I was in 8th grade and he was in 7th,” said Garretson. “We really have a great connection, always know what each other is thinking and I always know his routes and everything so it makes it easy on friday night.”

“We’re lucky to have a plethora of receivers to throw to but they have always has a special thing and that’s his (Garretson) go to guy as you could see,” mentioned Chandler head coach Shaun Aguano. “It’s pretty special.”

“Thats just the timing we have had forever and we have been working very hard since March,” added McCulley.

The Wolves were stellar for the most part in this game but did hit what Coach Aguano called a “lull” in the second quarter already up 23-0. The Wolves committed 10 penalties for 107 yards and also committed three turnovers on the game. So despite the important victory, the Wolves still see things they need to improve upon as they make their push at the state title in which they believe they are capable of.

“I wasn’t happy with that lull we had right before the end of the first half and I expected that after the two tough losses to Mountain Pointe and Hamilton,” said Aguano. “We did what we needed to do. I wasn’t very happy with the 12 points either but we got it done anyway.”

“We work on our mental mistakes everyday after practice,” explained Tyler Shank. “We look at them. We make sure we can fix them and I think we will get them fixed.”

AZ Audibles: Looking Back at Week 6, Ahead to Week 7