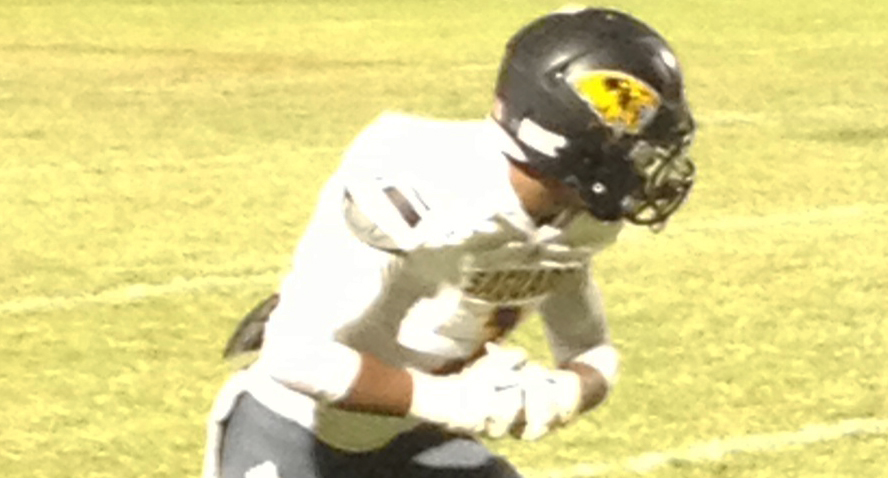 Listed by the school as an “athlete” he lined up as at cornerback, wide receiver, punt returner, kick returner, running back and quarterback in the Sabercats 63-0 drubbing of Coronado on Friday.

Electric with the ball in his hands and quick on his feet, Kirk saved a sure Coronado touchdown leaping high in the air to intercept a pass in the corner of the end zone just moments before taking the shotgun snap and weaving his way for a 65-yard touchdown run.

It’s plays like that which have already caught the attention of college coaches.

“Kirk already has verbal offers from UCLA and Arizona State,” Scout.com southwest recruiting analyst Jason Jewel told Pros2Preps.com. “Without a doubt, he will have his pick of schools.”

He is already being compared to another former Saguaro standout, D.J. Foster who is a rising star as a true freshman this year at ASU. Both played together last season as the Sabercats captured the Division III state title.

Kirk turned heads nationally this past summer finishing in the Top 10 among wide receivers at the prestigious Nike Football SPARQ Combine in Oakland. Each player at SPARQ participates in the 40-yard dash, shuttle, and vertical jump among others.

The scary thing is he’s only beginning to scratch the surface on his potential at the next level.

“He is a game-changer that is a threat to score anytime he touches the ball,” Jewel explained to Pros2Preps.com. “Not many kids make an impact at the varsity level as freshman. A few that come to mind are DaVonte Neal (Chaparral), Ka’Deem Carey (Tucson Canyon del Oro), and Kris O’Dowd (Tucson Salpointe) and those kids ended up being national level recruits. I expect the same for Kirk.”