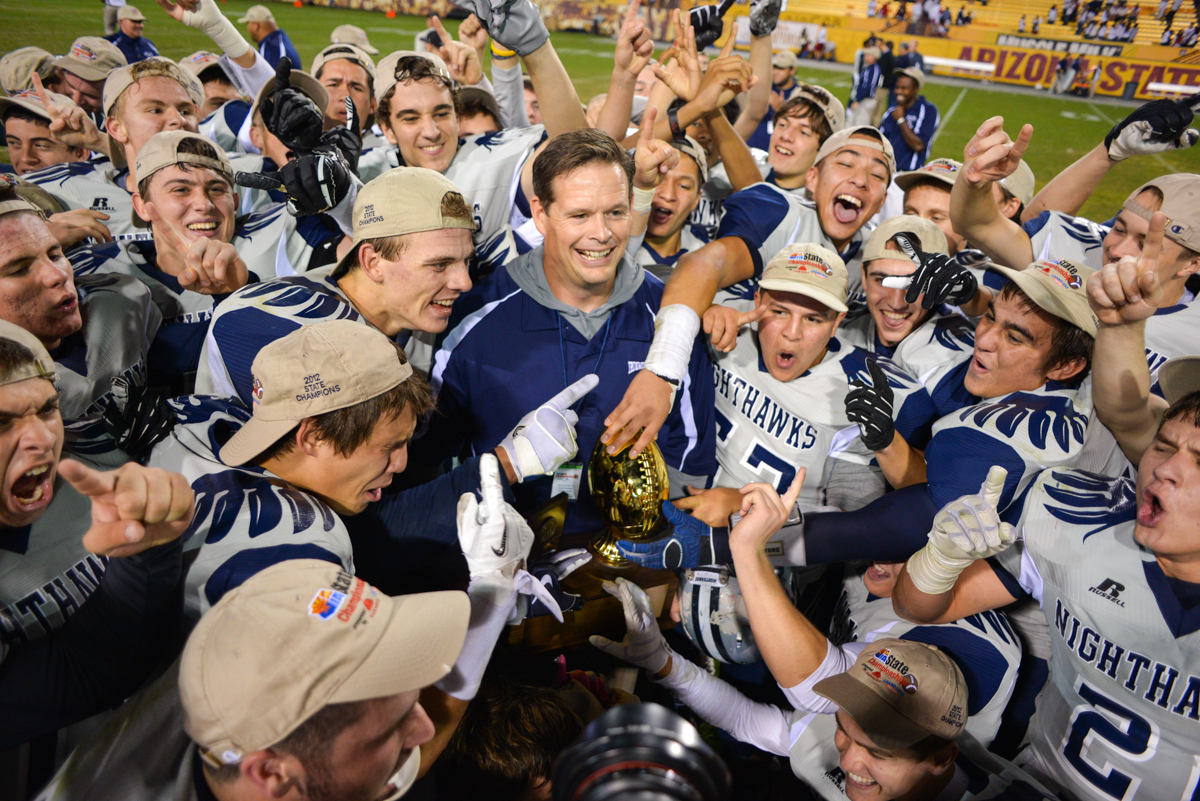 Last week, third time was the charm for the Ironwood Ridge Nighthawks as they passed the semi-finals for the first time to appear in the state championship game.

And they took full advantage of their first shot at the title. Knocking off a familiar foe and a team that was appearing in their sixth state championship, the Centennial Coyotes by the score of 27-3.

These two teams have had playoff battles in which Centennial seemed to have their number. But 2012 was a different story. The Nighthawks won down in Tucson back on week six largely because of six Coyote turnovers. The championship game was a similar story.

Centennial controlled the ball early behind the legs of their star running back Jalen Ortiz. They out-gained Ironwood Ridge 186 to 61 in total yards in the first half. But found themselves down 7-3 at halftime.

The second half was where the Nighthawks would settle in and did what they had done so well all season, run the ball. Quarterback Tyler Williams and running back Anthony Braunreiter behind fundamentally sound offensive line, combined for 148 yards and two touchdowns which blew the game open.

“We knew we were the underdog coming in,” mentioned Braunreiter. “We did a good job being technically sound tonight and we made a lot of plays, forced them to make mistakes and that’s what won us the game.”

Centennial fell into the same problems they faced in the first meeting. On the game they would turn the ball over three times and were penalized eleven times for 80 yards causing them to never get into a rhythm.

Matt Johnson took over as head coach four years ago. The same year these Nighthawk seniors set foot in high school for the first time. While proud of his entire team, he credits this group of seniors for their success.

“We felt like it was our time,” said Tyler Williams. “We have come so close. Especially me and a lot of the other seniors. We’ve been to the semi’s, this was out third time. We finally got to the championship game and we thought that we needed to capitalize and we felt like it was our moment.”

“For a group of seniors, who got it done in the class room with a 3.6 GPA,” explained Johnson. “These kids deserve to have this type of ending.”