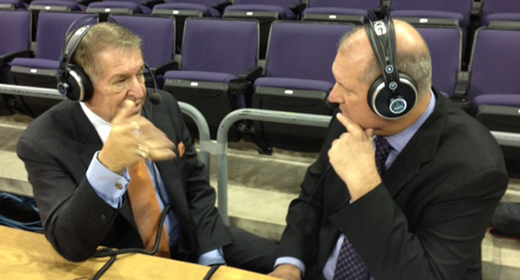 America has been called the “land of opportunity.”

Now the same can be said for Grand Canyon University who announced Tuesday they were making the jump from Division II to Division I and will begin competing in the Western Athletic Conference starting in the 2013-14 academic year. The Antelopes do not have a football program, but feature one of the nicest basketball facilities on the west coast in 5,000- seat GCU Arena located on the south end of their central Phoenix campus.

“To get to this pinnacle, Division I, puts it in a new league,” longtime GCU supporter and Team USA Basketball Chairman Jerry Colangelo told Brad Cesmat Tuesday on ‘Big Guy on Sports.’ “There’s a new platform. The bar’s been raised. I think of Gonzaga, Pepperdine, Marquette. Grand Canyon could be all that, plus they have great facilities here. The campus is going to explode in terms of the student body.”

The “promotion” comes at a good time with many of GCU’s sports excelling in the PacWest Conference and on a national level. Men’s and women’s swimming, along with wrestling and women’s basketball are all nationally ranked.

Colangelo believes the ‘Lopes move to Division I is far bigger than most realize, even here in the Valley of the Sun.

“It’s a first in a sense that it’s the first Division I program in the city of Phoenix,” he explained to Cesmat. “We think of Arizona State as Division I, but it’s Tempe. It really isn’t Phoenix. That in itself is unique.”

GCU made the official announcement before a boisterous crowd of students, fans, boosters and media at GCU Arena on Tuesday afternoon.