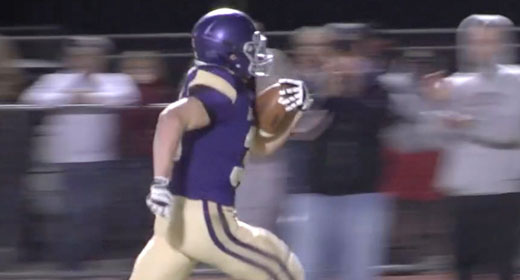 Everyone likes parity in sports.

Well there was plenty of it in Division III high school football this season and as a result, two teams that have never been to the state championship game, the undefeated Desert Edge Scorpions and the undefeated Queen Creek Bulldogs, will square off.

The story of these two teams are very similar. Great senior classes consisting of players who have played together going back further than high school, hard working teams who have been spectacular defensively.

The Queen Creek Bulldogs, led by head coach Joe Germaine, have allowed just 85 points the entire season. Most recently shutting out Nogales to reach the state title game. Four players on the team have at least 100 tackles, the team has 27 tackles in 13 games and the most points a team a scored this season was 27 which was Aqua Fria but the QC offense countered with 63 points.

“We just need to do what we’ve been doing the entire season,” said Queen Creek senior offensive and defensive lineman Dalton Tebbs. “Nothing to change really. Nice fundamental football, no mistakes, no penalties.”

“It’s such a blessing to be able to go to state,” said Queen Creek wide receiver and free safety Michael Graff. “We’ve worked hard for this…making our way up to the state championship game, so it’s just an awesome experience to know that.”

Desert Edge is a team that has had a lot of success since Rich Wellbrock took over as head coach but this season his Scorpions have finally gotten over the him with an undefeated season and an appearance in the state championship. Like the Bulldogs, they are all about defense as well. They didn’t allow more than 20 points in any game during the regular season and when the team did allow more in the last two weeks of the tournament, quarterback Sawyer Lung and the Scorpion offense rose to the occasion.

“We are going to have to play our A game,” said Desert Edge middle linebacker Jonathon Snyder. “Just hold our water on the d-line coming from the defense and our offense just make plays like they always do.”

“We have been playing together since we were very young,” said Lung. “We’re like a big family this year. That’s something that different from past years I think.”

Something will have to give between two teams with a goose egg in the loss column. The Scorpions and Bulldogs face off on Saturday at 3:00 pm from Sun Devil Stadium for the Division III title.