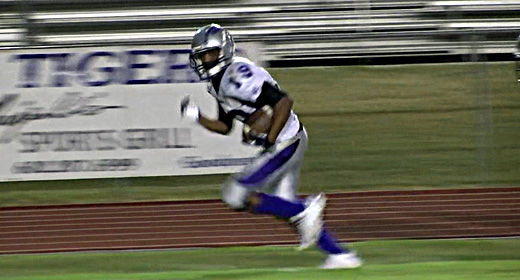 The young men you’ve rooted for all season long now get to fight it out for state championships in their respective divisions.

The great thing about the playoffs is looking at the various brackets and being a “prognosticator,” and trying to figure out who’s going to win, move onto the next round and what the matchup are going to be.

For instance, within Division I, looking at the bracket, you can envision a No. 4 Brophy/No. 5 Red Mountain rematch in the second round, should they both move past their respective opponents.

The last time these two teams met – October 7 – the Mountain Lions slid by the Broncos 33-31 on their home field, so you know Tyler Bruggman and the Broncos are salivating with thoughts of revenge on their minds.

In Division II, a potential second round meeting of No. 4 Centennial and No. 5 Chavez intrigues me.

Just last Friday, the Champions had a chance to go undefeated for the first time ever, but fell hard to second seeded Marcos De Niza.

If Chavez’s program expects to make the step to the next level, they will have to take care of business in the first round, then play near perfect football against the Coyotes, who pasted their opponents this season, and is expected to take out No. 13 Sahuaro on Friday night.

Moving to Division III, No. 8 Cactus and No. 9 Saguaro face each other for the first time since the Sabercats dismantled the Cobras 67-14 back in September.

Needless to say, Cactus is looking to take out some frustration on Saguaro on Friday night.

Whoever wins that game has the unenviable task of facing top-seeded Desert Edge in Round Two.

Good luck with that…

Division IV is all about seeing a clash between No. 1 Blue Ridge and No. 2 Show Low in the finals, which thankfully the bracket makers made possible, considering both teams handle the competition ahead of that potential war.

Coach Paul Moro’s team handled business a few weeks ago, taking out their most hated rivals 24-14 at home.

Both teams ran the ball extremely well, but Cougars quarterback Colby Maxwell threw three interceptions on the night, which is something you cannot do against the Yellow Jackets and expect to win.

I’m sure Snowflake, Seton Catholic, Estrella Foothills and others would beg to differ with having a Blue Ridge/Show Low final.

This is why playoff football is so great!

In Division V, the three Christian schools – Northwest, Phoenix and Scottsdale – are all on the same side of the bracket, and who makes it and who doesn’t will be determined over the next few weeks.

A potential No. 1 Northwest Christian/No. 4 Scottsdale Christian matchup looms in the semifinals, if both can fight their way there.

On the other side of the bracket, Morenci looks to do damage just like they did all season in route to being undefeated [their defense gave up an average of eight points per game during the regular season].

I also see No. 3 Tempe Prep – the only team to beat the top-seeded Crusaders – on that side. They can wreak some havoc as well if they get a chance.

Finally, in Division VI, upsets have run rampant through their bracket, starting with No. 1 Scottsdale Prep, who fell to eighth-seeded Valley Lutheran last Friday.

The Flames will face Joy Christian on Saturday.

More upsets: No. 7 Bagdad eliminated No. 2 Mogollon on that same day to move closer to the finals. They’ll take on No. 3 Pima on Saturday as well.

If you’re near a stadium that houses playoff football, and you’re a fan of football, you owe it to yourself to get to some games.