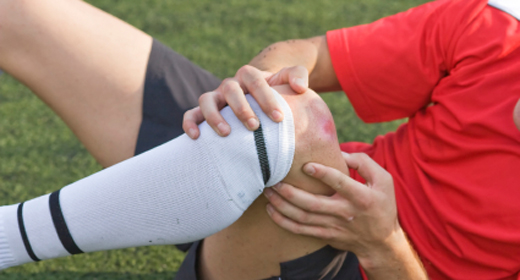 On average, over 30 million high school teens in the United States participate in an organized sport. But at what cost are your children paying for merely playing a game? You think about some of the sports that teens play recreationally and label them as a “good extracurricular activity”. However, playing football, hockey, lacrosse, wrestling and countless other sports, can often result in your own child being carried out on a stretcher. Tackling, hitting and pounding continuously subject’s sports players to the possibility of getting a serious life threatening injury.

According to SAFE KIDS USA, participating in sports and other activities are responsible for 21 percent of all traumatic brain injuries to kids in the United States. This percentage is extremely important to the fact that most of those children’s bodies have yet to fully develop. Fragile bones can be subjected to more than they can handle, when playing extremely rigorous sports. Also, 5 to 14-year-old children make up about 40 percent of injuries treated at the hospital, and grow even larger as the age increases. Even more shocking than the injuries, are the deaths that come from playing a “safe” school sport.

Information from the National Center for Catastrophic Sport Injury Research Annual Report found that in the years 1982-2002 basketball took the lead in fatalities with 88 percent, track and field with 47 percent, soccer at 31 percent and football at 22 percent.

It’s a frightening subject to open up in the world of sports because it also opens up ongoing questions for parents about whether exercise and play can be a serious injury or life threatening sentence.

Looking at the numbers, most are thinking, what are people doing about theses injuries and deaths? The well known company, Riddell, who is the official maker of NFL, and youth sports helmets, made a partnership with the NFL players association and many other groups, replacing old football helmets with brand new ones. Having freshly made equipment rather than 10-year-old equipment can substantially help with the amount of injuries. But, some say that it’s not just new helmets and equipment kids need, but updated and remodeled ones.

Riddell has made a helmet called the 360 that disperses the energy of an impact to reduce concussions. However, with the price of the helmet over $300, it’s not likely these will be the common piece of equipment for high school or organized sports teams.

Injuries are always considered and thought of in the sports community, and it’s expected that coaches and parents can be worried. But, at times, students don’t usually come forward about how they feel about what might happen to them on the field.

“We look at the label on the side of the helmet and it says something like “helmets don’t protect from all injuries, so it does kind of scare us,” Varsity defensive end Kazi Syed said.

Also, Perry’s principal understands the precautions that need to be taken in sports and activities at schools.

“Helmets and equipment need to be improved and ever so often that have to go through a thing called reconditioning. They check them for safety and put a sticker on. And you can only wear specific pads and safety equipment that’s purchased by the school,” said Principal Dan Serrano .

At Perry, along with many other schools, safety is always put to the forefront of organized sports, whether it is football, soccer or wrestling.

“All kids have to go though things for concussion awareness from the AIA, the governing board of sports, which I’m on, so we keep an eye on these things,” Serrano said.

It’s a widely known topic that coaches, players, parents and even the spectators filter through their minds.

A new movie entitled Head Games takes you into the world sports on a deeper level. The film is a documentary that goes into the science and personal stories of the concussion predicaments that many American sports players are facing. It also gives the audience a renewed outlook on the issue of injuries in sports and what people are doing to make it better for players.