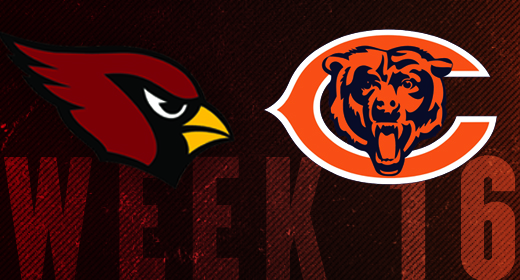 It was more of the “same ole, same ole” in Glendale on Sunday, meaning good Cardinals defense and not enough Cardinals offense to get the job done.

Also giving away points to the Bears won’t get it done either.

The Bears defense scored 14 points off two Cardinals turnovers – a fumble at their own goal line and a pick-six by quarterback Ryan Lindley – and cruised to a 28-13 victory over the Cardinals.

The Bears led 21-6 at halftime and were really never threatened by the Cardinals.

“Obviously against a team like that, you can’t give them two scores,” head coach Ken Whisenhunt said. “That’s going to make it difficult, especially with the way we’ve been doing things offensively, so that got us behind the eight ball, which hurt.”

After starting 1-of-11, Bears quarterback Jay Cutler settled in and did what he had to do to get his offense going.

It was tough going for the most part for Cutler against the Cardinals vaunted secondary, as evidenced by his poor start and his 12-for-26, 146 yard, one touchdown performance.

Fortunately for Cutler, he has Brandon Marshall and Matt Forte on his side.

Cutler and Marshall hooked up on an 11-yard touchdown pass play, and Forte kicked in 88 yards rushing and one touchdown on 12 carries, before leaving the game with an injury.

On the other side of the field, the Cardinals offense struggled yet again, gaining 248 yards of total offense. They were 3-for-15 on third down, continuing the trend of being the worst team in the NFL on that down.

It was quarterback by committee for Arizona on Sunday.

Ryan Lindley got the start, and stayed status quo with his numbers, going 17-of-30 for 141 yards, the one interception and zero touchdowns.

Brian Hoyer came in to relieve Lindley and didn’t fare much better, going 11-of-19 for 105 yards and one interception.

“They made the decision,” Lindley said. “There’s nothing I can do to change that, it’s been made.”

Lindley said, despite the benching, he fully supported Hoyer when he was out on the field.

“That’s the way we’ve been this year,” Lindley said. “All four of us, Kevin [Kolb], John [Skelton], myself and Brian. Guys have to stick together.”

Hoyer said it was tough coming in for Lindley, considering he’s only been on the roster and in the system for two weeks.

“It’s obviously not ideal, but football is football,” Hoyer said. “You just want to go out and play the best you can and obviously improve, definitely improve off of this and just try to make the most out of the opportunity.”

Wide receiver Larry Fitzgerald had eight catches for 111 yards – the first 100+ yard game he’s had since Week Three against the Eagles.

Despite the yardage, Fitzgerald wasn’t able to cross into the end zone. As a matter of fact, in the first half, the Cardinals had back-to-back drives start inside the Bears’ 40-yard line, and all they could muster was one field goal by Jay Feely.

Just a microcosm of how anemic the offense has been this season.

“That was huge,” Fitzgerald said. “Whenever we get the ball at down and distance, and with a short field, we have to get points.”

“We wanted to be able to capitalize on the short field opportunities and in the red zone, and we weren’t able to do that today.”

With the loss, the Cardinals fall to 5-10 and finish the home portion of their schedule 4-4.

They’ll end the season next Sunday afternoon in San Francisco, Calif., against the 49ers.

In what could’ve been safety Adrian Wilson’s final home game as an Arizona Cardinal, he had one tackle and blocked an Olindo Mare field goal attempt near the end of the game that safety Justin Bethel returned 82 yards for the game’s final score.

Wilson was asked after the game if he’s put any thought into the possibility that Sunday’s game could be his last home game in Arizona.

“I haven’t thought about that one bit until you guys continuously bring it up,” Wilson said. “If they make a decision, I’m pretty sure it’s going to be pretty quick. If they don’t ok.”

“Either way I go, I’m a good player. We’ll see what happens.”