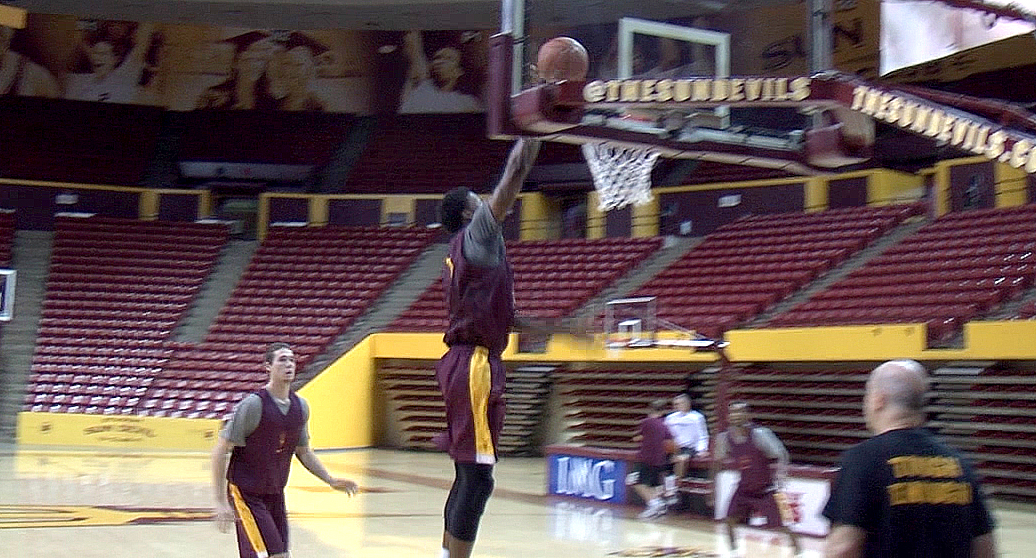 Senior forward/guard Carrick Felix is on fire for the Sun Devils, and that fire has gotten him some major recognition within the Pac-12 Conference.

The last Sun Devil to receive this award was Ty Abbott on Mar. 7, 2011. It was actually Abbott’s third time winning Pac-12 Player of the Week.

In his last four games, Felix has averaged 20.8 points and 6.8 rebounds. Felix is leading the Pac-12 in field goal percentage at 66.9-percent, which is way up from his 50-percent average as a junior.

Felix logged his first career double-double on Dec. 1 against Sacramento State. Felix had 21 points and a career-high 12 rebounds along with a career-high nine field goals and five assists.

This is Felix’s first ever Pac-12 Player of the Week honor, and he says, in all humility, that it was just a matter of time before he received an award like this, based on how hard he’s been working at perfecting his game.

“I definitely have to thank my teammates,” Felix said. “They’ve given me the confidence to continue to do what I’ve been doing.”

Felix has the physical game nailed down. For him, being a vocal leader is just as important as leading the team in scoring. Being a senior, both the underclassmen and upperclassmen look up to Felix for guidance and support. Two things he’s given out since the day he arrived on the team.

“I try to take the older route, just because I’m a little wiser,” Felix said. “I just try to be a spirit, be a voice, [have] high energy because that’s what I’m good at.”

Head coach Herb Sendek has seen Felix transform right before his eyes into the man he has right now, and he couldn’t be a prouder “father.”

“I’m proud of the way Carrick has emerged as our team leader,” Sendek said. “Right now, he’s had tremendous habits of excellence.”

“He’s put his arms around our team, been a a positive, encouraging, instructive and firm voice, and really [he’s] given us as good a leadership as we’ve had in a long time.”