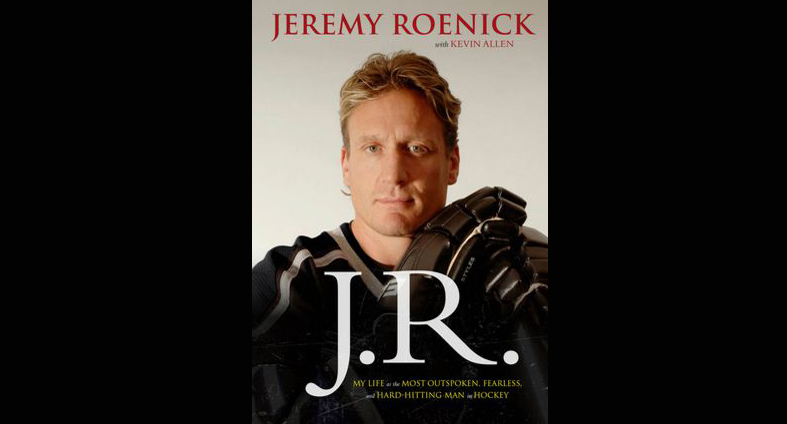 As with many professional athletes, Jeremy Roenick has always lived life in the fast lane.

The former Phoenix Coyotes star center who played in more than 1300 career games, tallied over 1200 points in his five-team, 19-year career has put it all in perspective and shared many of his highs and lows in his new book, J.R.: My Life as the Most Outspoken, Fearless, and Hard-Hitting Man in Hockey.

The 42-year old Roenick, who retired after the 2008-09 season said he wasn’t driven by money to write the novel. He said he hopes it entertains readers and gives his hockey fans and sports fans everywhere an up close and personal look at his life.

“A lot of people have wondered about my life,” he explained to Cesmat. “I don’t rely on a book or anybody else to live by the rest of my life. When I did this book I wanted to make sure that people understood that it’s not an easy life. It’s not the most glamorous thing that everybody thinks there is, but there are a lot of fun times and there are a lot of trials and tribulations in sports.”

The book has sold out in the United States and JR said sales are brisk in Canada, as well.

He also weighed in on the NHL lockout less than a day before league officials announced previously scheduled regular season games would be cancelled through the middle of January.

“I question the people in charge on both sides and whether they have the best interest of the game and the fans,” he said. “They’re fighting over a $3.3 billion industry, but that industry wouldn’t be $3.3 billion if the fans hadn’t come out and paid that money and made sure that was a strong entity. Right now I think the fans are the one’s getting hurt.”

Roenick, who serves as a studio analyst for the NHL on NBC, seems content with his life off the ice. He was and still is one of the most popular players in Coyotes history after playing in Phoenix from 1996-2001.