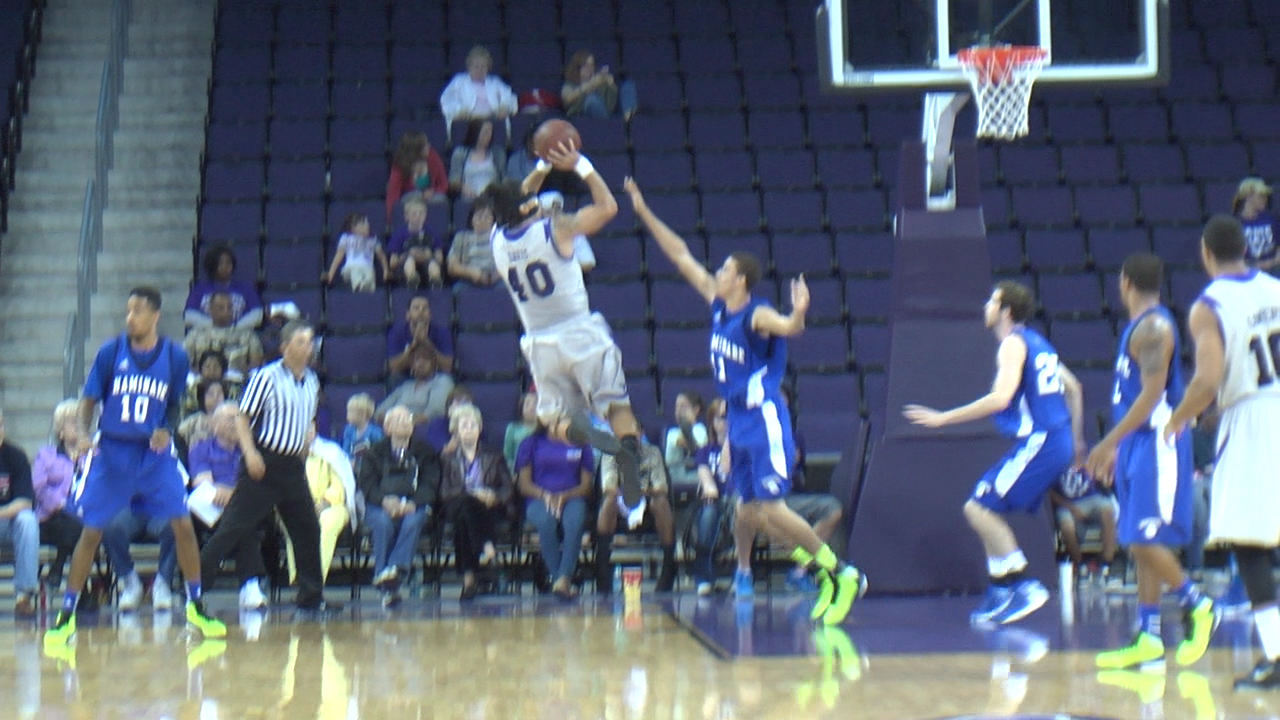 Lopes’ guard Brad Carroll came off the bench against Chaminade on Wednesday to lead his team in scoring and eventually to a win.

Carroll played 25 minutes and had 16 points, leading the charge for Grand Canyon’s 75-64 victory over the Silverswords.

The win pushes the Lopes’ record to 9-2, and more importantly keeps them undefeated in PacWest conference play at 2-0.

Grand Canyon had four players score in double figures, while center Killian Larson pulled down eight rebounds for his team that night.

Chaminade averages almost 10 three-point shots per game. They took 11 of them in the first half alone [they took 23 in all, making just seven].

Pennell acknowledged the fact that playing a team like Chaminade, who live and die by their perimeter shooting, isn’t an easy task.

“It’s a challenge,” Pennell said. “It really challenges your post players, who aren’t used to guarding out on the perimeter.”

“I thought our guys did a really nice job tonight, got a hand in the face,” Pennell said. “That’s about all you can do against someone that shoots it as well as Chaminade does.”

For stretches in the game, it seemed like Chaminade was in a good position to steal a victory from Grand Canyon. The Lopes came out flat in the beginning of both halves, which allowed Chaminade to keep the score relatively close.

Grand Canyon was also careless with the basketball quite a bit [as evidenced by their 17 turnovers, which didn’t please Pennell at all]. However, in the end, it was the Lopes’ defense and adjustments and subsequent shutdown of Chaminade’s outside shooting which led them to victory.

The fact that the Lopes had 21 second chance points didn’t hurt things at all.

“That’s something we stress a lot in practice, is to crash the offensive boards,” forward Braylon Pickrel said. “They [coaches] tell us to crash it every time, [and] whoever has that, go get the ball and go make a play.”

Pickrel scored all 12 of his points in the first half, before Chaminade made adjustments and kept him at bay in the second half. This didnt worry Pickrel however, as he knew that his brothers would step up, like Carroll did.

“Brad had a really good second half, it just was a different guy in the next half,” Pickrel said. “Brad caught fire and so we were just trying to get the ball to him and feed the hot hand.”

Carroll played in place of guard Steve Morin, who is out with a knee injury. Prior to the injury, Morin was the team’s best three-point shooter.

Carroll said somebody had to fill Morin’s shoes, and he was ready to heed the call.

“I knew I had to step up and make some shots,” Carroll said. “It was just my night tonight. It could be someone else’s night the next night.”

Next up for the Lopes: a date with the Montana State Billings Yellowjackets next Friday night at GCU Arena. The game starts at 6:30 p.m.