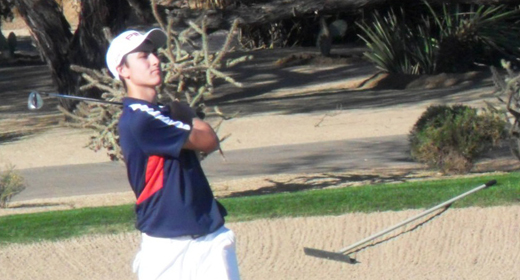 There was high drama in Scottsdale, Ariz., over the weekend, as some of the best junior golfers in the country, in the Boys 15-19 Division, went head up at Troon North Golf Club in the 36-hole IJGT PURE Grips Junior Open.

It would come down to a three-hole playoff on Sunday, with Scottsdale’s own Christopher Petefish coming from six strokes behind to force the playoff, which he eventually won.

Petefish tangled with first-round leader Justin Shluker of Park City, Utah, in the playoff. Shluker had a four-under-par 67 on Saturday, which included five birdies and just one bogey.

Petefish had four birdies on the front nine on Sunday to turn in a four-under-par 31. Shluker would remain in the lead after those nine holes, despite feeling the heat coming from Petefish and his clubs.

Both players would go blow-for-blow the rest of the way, as they headed toward the inevitable playoff.

Petefish and Shluker would finish the tournament tied at two-under-par 140. Petefish finished his regulation round with a four-under-par 67, while Shluker finished a two-over-par 73.

Petefish and Shluker would actually play three playoff holes. On the final hole, Shluker was unable to convert his par shot, which left it wide open for Petefish to two-putt to get the win.

Petefish’s four-under-par 67 round on Sunday was the lowest round of the day in any division.

For his great round, Petefish was awarded the Clazic Belts Low Final Round Award, which is given to the golfer who has the lowest score during Sunday’s final round.

Petefish played great golf on the back nine on Saturday, going six-under-par after 14 holes. He says without that, he might not be the champion today.

“I’m just thankful that I had a chance after having five bogeys on the front and coming back with three birdies on the back,” Petefish said.

In the Boys 14-Under Division, Ryan Rybicki of Remsen, N.Y., won his third IJGT title of the fall season, after rounds of 82 and 80, which are good scores considering how difficult the course is.

“It was hard,” Rybicki said when asked about the Pinnacle Course at Troon North. “If you did not concentrate on one shot, you could make a triple [bogey].”

The IJGT will fire things back up on January 19-20, 2013 at Harmony Golf Preserve in Harmony, Fla., just outside Orlando, Fla.

Some of the best and brightest young golfers from the Southeast will take part in the tournament.