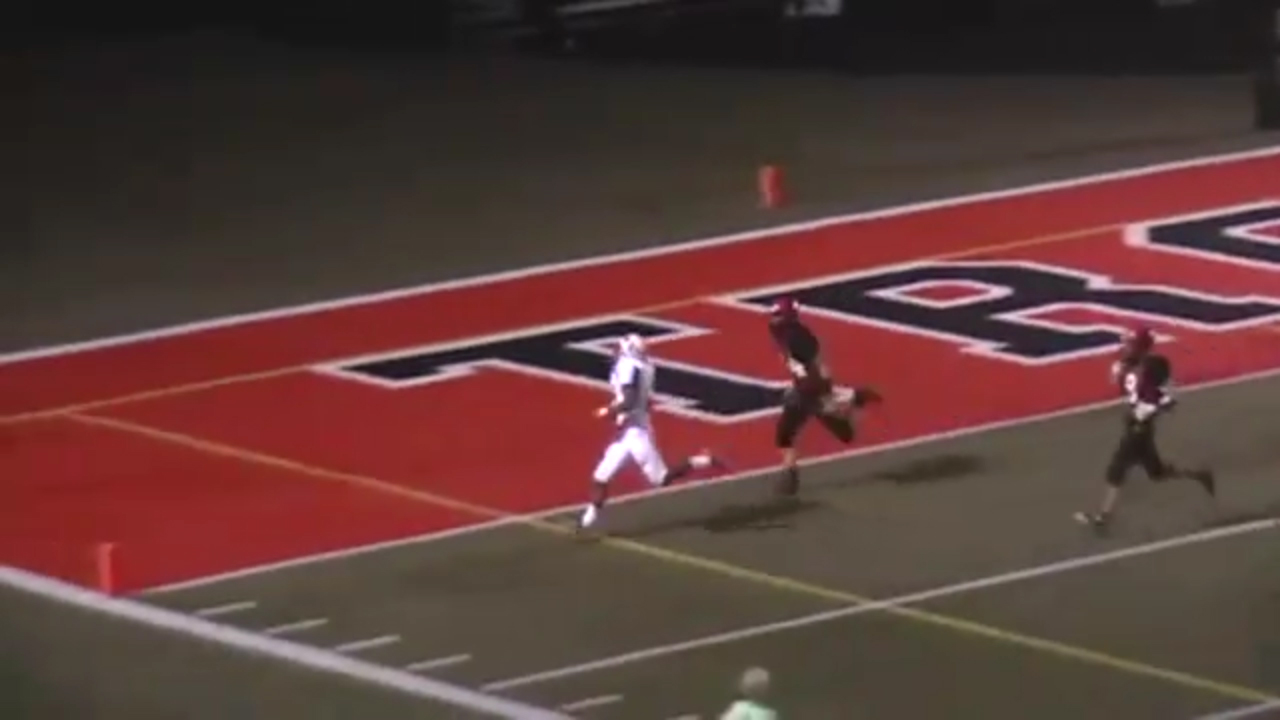 If you’ve never seen Kani Benoit play football at Thunderbird High School, unfortunately his football career there is over, but there’s plenty of YouTube video of him to go crazy over.

Benoit put up Madden type numbers in his senior season. He had 285 rushes for 2,260 yards and 36 touchdowns.

This past season, Benoit had six games with 200+ yards rushing. He averaged almost eight yards per rush and 188 yards per game.

When I asked Benoit how he could pile up those kind of numbers, he said it just came natural to him.

“A lot of it is instinct,” Benoit said. “I’ve been around football a lot of my life. A lot of them are good players, I guess I made better plays at the time.”

Benoit has a two-fold running style, where he can use his speed to get to the outside and beat the defenders at the point of attack. He can also take it right up the middle and through the interior of defenses with absolutely no fear whatsoever.

Benoit says he likes both styles because they serve him equally well.

“Running up the middle, people are scared of you when you hit them that first time,” Benoit said. “So being diverse like that, I’m able to hit the outside because now the corners are scared, now the linebackers are scared [and ] I can do what I want, I can use them both.”
Benoit is a very hot commodity right now on the college football circuit thanks to his four years of solid play at Thunderbird.

Benoit said he took his first visit last week to Colorado State, which he says he and his father loved.

“Everything they had to offer,” Benoit said. “New stadium, their building, new uniforms, new training facility.”

“There’s a lot of improvement they’re doing there, [and] they’re really interested in me.”

“All those schools are in the hunt,” Benoit said. “I’m just kind of weighing it out before I make my commitment.”

Strangely, the three big Arizona schools – Arizona State, University of Arizona and NAU – have shown little to no interest in Benoit.

“I heard from ASU last year, but I haven’t heard from them since,” Benoit said. “None of the in-state schools have recruited me, so it is what it is, you just gotta move on from that.”

Benoit says getting a good quality college education is just as important, if not more important than playing football.

“Football only lasts so long,” Benoit said. “Education is the one thing I look for at the school I choose to go to.”

Benoit says he wants to major in zoology and ultimately become a physician’s assistant when he graduates.

Benoit says he’s looking forward to the whole experience that is college, but he knows he needs to stay focused on football and his education.

“When you get there, a lot of people can mess up and find themselves outta there,” Benoit said.

Between now and the time he hits campus [whichever one that is], Benoit says he’s working hard to get himself in even better shape than he is now. He realizes the college football grind will be much different than the high school football grind.

“Just staying in the weight room, training with my track coach,” Benoit said. “That’s probably the best thing I’m gonna be able to do right now [is] get as big as I can, get as fast as I can so I can go on and compete at that level.”