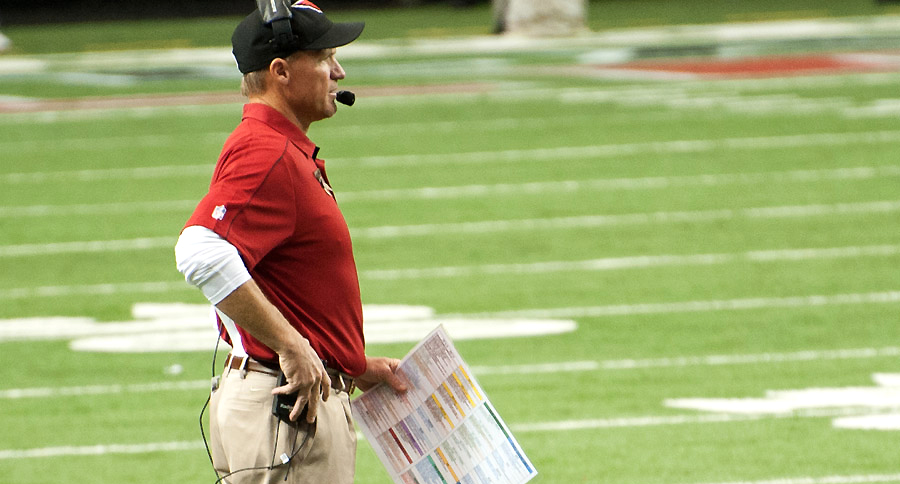 Everyone who follows the NFL and the Cardinals are aware of the struggles the team is having right now, especially on the offensive side of things.

Offensive is a good word to use when describing Arizona’s offensive output on Sunday in New Jersey against the Jets.

There’s really only one stat you need to see, because it sums up what happened in a nutshell: the Cardinals were 0-15 on third down.

That explains why the Cardinals could only come up with two Jay Feely field goals in 60 minutes of football.

The defense – other than allowing backup quarterback Greg McElroy to throw a touchdown pass on them (which turned out to be the deciding score) – played well enough to keep the Cardinals in contention.

Once again, the offense couldn’t hold up their end of the bargain.

Ryan Lindley’s numbers were hideous (10-of-31 for 72 yards, one INT), which in turn shows how hideous the passing game was on Sunday.

When Larry Fitzgerald gets targeted SEVEN times and hauls in ONE catch, basically having an ineffective day, you know things are bad.

“We didn’t help Ryan [Lindley] out very much yesterday,” head coach Ken Whisenhunt said. “I don’t think anybody did their job well enough yesterday offensively. Yesterday was unacceptable, by any stretch of the imagination offensively.”

Allow me to throw out two more numbers to bolster this talk on how bad the offense is: the Cardinals had 137 yards of total offense, 22 of that in the second half.

Your eyes don’t deceive you. I said 22 yards of offense in the SECOND HALF.

I’m sure you were screaming at your television and at Whisenhunt to pull Lindley for John Skelton.

Whisenhunt said they considered making the switch, but decided to leave Lindley in.

“Because you are going to lose a lot of what you’ve gone through in the first part of the game, as far as understanding the protections and where the sights are and what the checks are,” Whisenhunt said.

It wasn’t because Whisenhunt lost his faith in Skelton.

“I wouldn’t say that I lost confidence in John’s ability,” Whisenhunt said.

Skelton said he prepped the entire week and was ready to be the starter if the decision was made in his favor.

As far as who will be the starter for the foreseeable future?

“The film’s out there, it is what it is between Ryan and myself and if Kevin [Kolb] gets healthy,” Skelton said. “It’s not for me to speculate about, it’s for them [coaches] to decide.”

Basically, all you want to know is how will the Cardinals fix this offensive mess right?

It’ll be hard to correct it in a week, especially considering they face the No. 4 defense in the league on Sunday in the form of the Seattle Seahawks.

“We can continue to work and try to get better at what we are doing and make sure we don’t have the issues and the communication problems and the missed assignments that we had this last week,” Whisenhunt said. “I certainly understand our fans’ disappointment, and we are working very hard to correct it. Sure it burns in my gut. I want to win.”