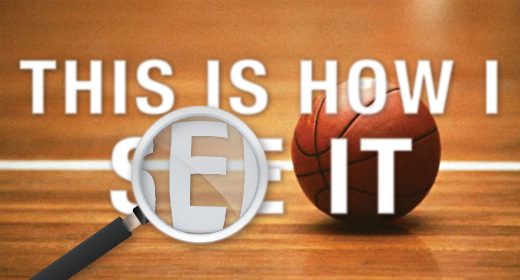 As I drove into the parking garage at U.S. Airways Center Thursday afternoon it was only fitting I passed a line of Ringling Bros. and Barnum & Bailey trailers parked along Jackson Street.

The circus has actually been in downtown Phoenix for a few years.

They “performed” around 50 times a year from October-April usually bringing a jaw-dropping reaction (for all the wrong reasons) when the curtain dropped after the final stanza.

The act finally got a couple new ringmasters.

The Ringling Bros. and Barnum & Bailey shows are filled with freaks.

McDonough is hoping he landed one of his own after selecting 7’1 20-year old Ukraine center Alex Len with the fifth pick. The selection was met with snickers (Len is a former gymnast), debate (he averaged less than 10 points a game during his two years at Maryland), and a few cheap shots on social media after Phoenix passed on sweet shooting Ben McLemore and shot blocking Nerlens Noel.

Let’s all tap the brakes on this.

McDonough was key cog in acquiring Rajon Rondo (from you know who) on draft day back in 2006 and also pushed hard for lockdown defender Avery Bradley in 2010. The guy has a knack for talent. So much so he gained Celtics’ GM Danny Ainge’s trust for his player evaluations and work ethic.

Blanks’ two 1st-round picks netted Markieff Morris and Kendall Marshall who combined to average a little over 11 points a game last season. Marshall didn’t score his first NBA point until the 16th game of the season. He was shipped to the D-League a month into his rookie year.

McDonough’s second effort, after moving up a spot, netted athletic combo-guard Archie Goodwin with the 29th overall selection. The key word there is “athletic”–something sorely missing from the Suns’ current roster.

Nobody knows if Len or Goodwin will be half as good as the overhauled Suns’ front office believes.

It’s the beauty and, at times, cruel irony of the NBA draft.

What we do know is the local fan base deserves better than 25 wins.

Hornacek for Coach of the Year? History Says No, I say Yes!