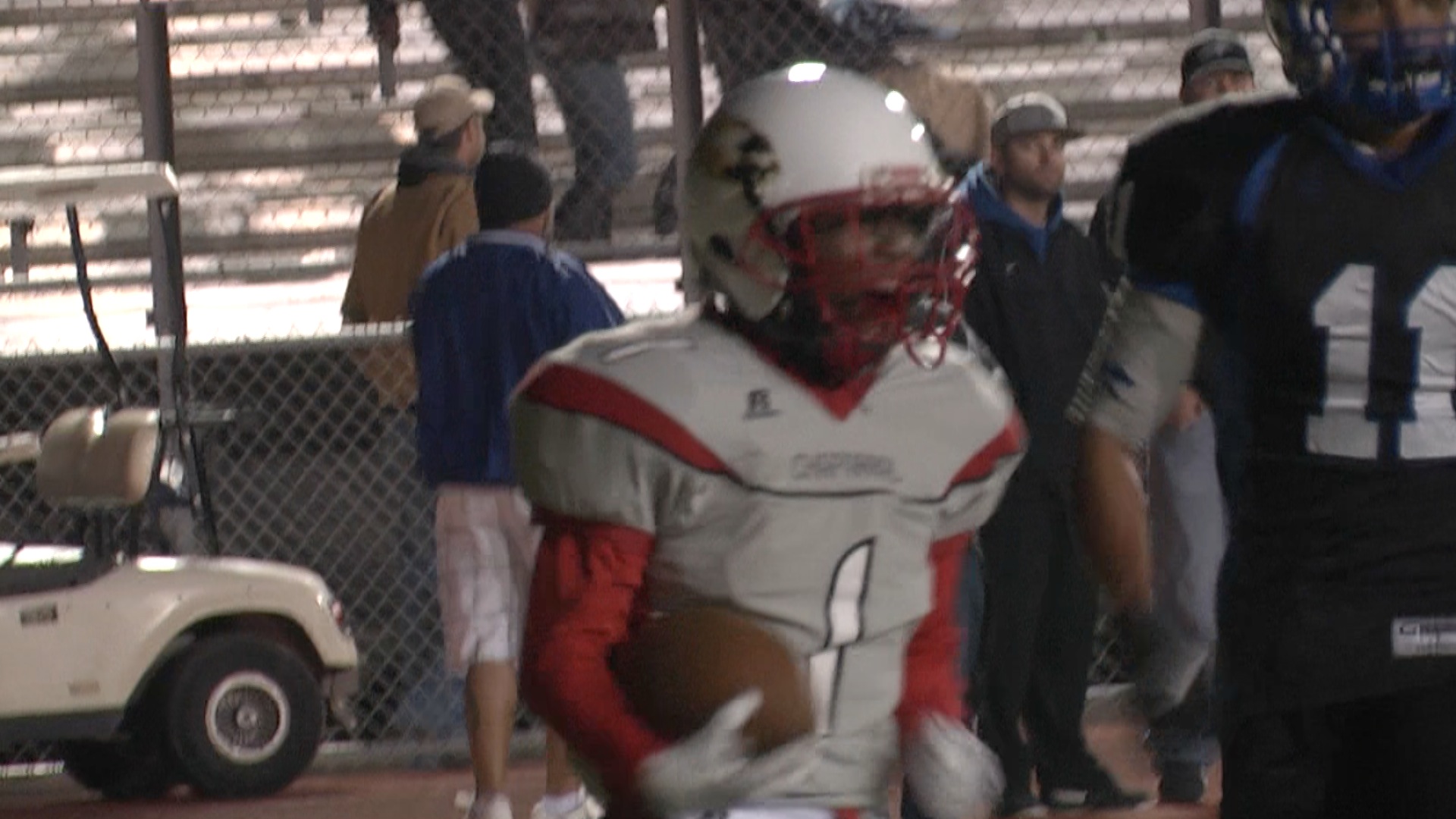 After a one year hiatus, the proud Chaparral Firebird football program returns to the state championship game after a 35-20 win over the number two seeded Mesquite Wildcats.

Tremendous job of grinding it out and finishing tonight. Heading to the chipper on Friday. #chaptown

It was a picture perfect start for Chaparral. They forced a fumble on the opening kick-off which they would recover deep in Mesquite territory and would eventually lead to a 30 yard touchdown fun for Malcolm Thomas to go up 7-0.

Mesquite would not be rattled. Payton Haslam was a warrior in this game for the Wildcats. He would battle injuries throughout the game. He got Mesquite right back into the game early with a great option read touchdown run that he kept himself.

But as mention, he did miss a few plays because of injury. On one of the possessions, the Wildcat offensive would fumble and turn the ball over which would lead to another Malcolm Thomas touchdown. Chaparral would score another with future Sun Devil Tyler Whiley scoring out of the Wildcat formation. Coach Dave Huffine clearly didn’t find that ironic with it being Territorial Cup week. That opened the game up for the birds for a 21-7 lead.

Mesquite would battle back to get within one possession of Chaparral however a fake punt converted into a Michael Rice touchdown run and then a 71 yard touchdown run for Elijah Castro sealed it for the birds.

The three seeded Chaparral Firebirds take on the one seeded Salpointe Catholic Lancers, who eliminated Deer Valley monday night, for the state title on friday at 6pm from Arizona Stadium on the campus of the University of Arizona.