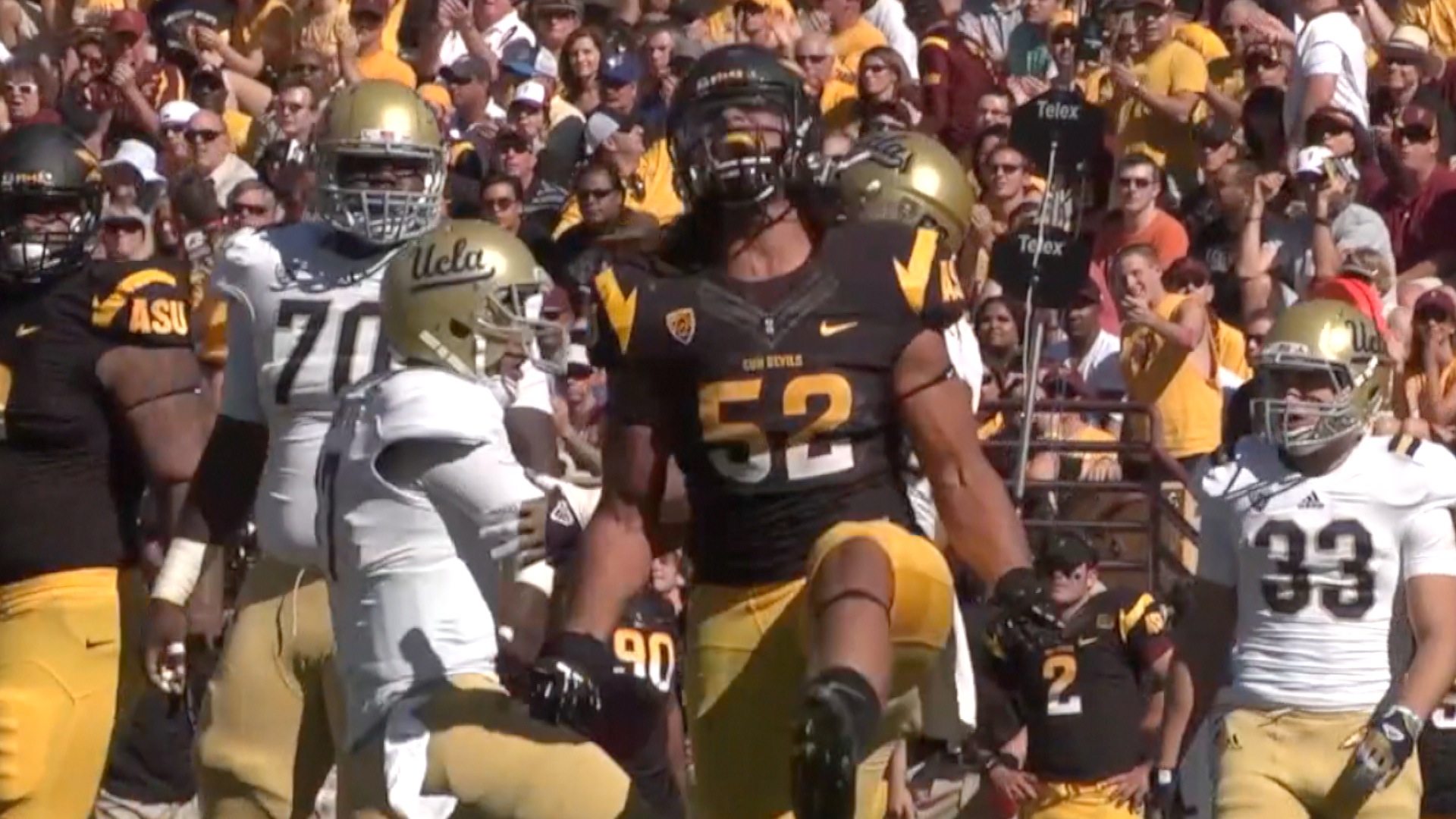 Like so many of his peers, Carl Bradford’s path to the NFL draft is layered with several progressions.

The former Arizona State pass-rush specialist star, who gave up his senior year of eligibility, is expected to be selected in the top three rounds next month. In high school, Bradford was known more for his skills as a fullback as opposed to a skilled defensive player. ESPN ranked him as the fifth-best 2010 fullback recruit in the country.

“Coach [Dennis] Erickson was one of if not the only one recruiting me as a linebacker,” Bradford told Sports360AZ.com’s Brad Cesmat in a recent in-studio interview. “From playing fullback in high school, my mentality switched. I wanted to play defense.”

Early in his career it was easier said than done going from the simplicity of his wing-t offense at Norco High to the complexity of a Pac-12 defensive scheme.

“I played middle [line] backer coming into college,” Bradford explained. “Quite honestly, I sucked. I wasn’t good. I couldn’t read the linebackers. I just didn’t understand it.”

As Bradford became more familiar with the position his numbers improved as he led ASU in tackles for loss (19) and sacks (8.5) in 2013. He caught the eye on many draft experts at February’s NFL Combine in Indianapolis.

“Like Carl Bradford,” NFL Network draft expert Bucky Brooks told Sports360az.com at the Combine. “Can play all over the place. I think he’s a guy that can play inside linebacker, can rush off the edge. He is intriguing.”

So… ASU’s Carl Bradford. If you’re the Pats & looking for a Brandon Spikes replacement? I like this dude. Has no regard for his own body.

Bradford has worked out or had pre-draft interviews with the Chargers, Steelers, Patriots and Falcons. He has also been contacted by the Bears about setting something up in the next few weeks.