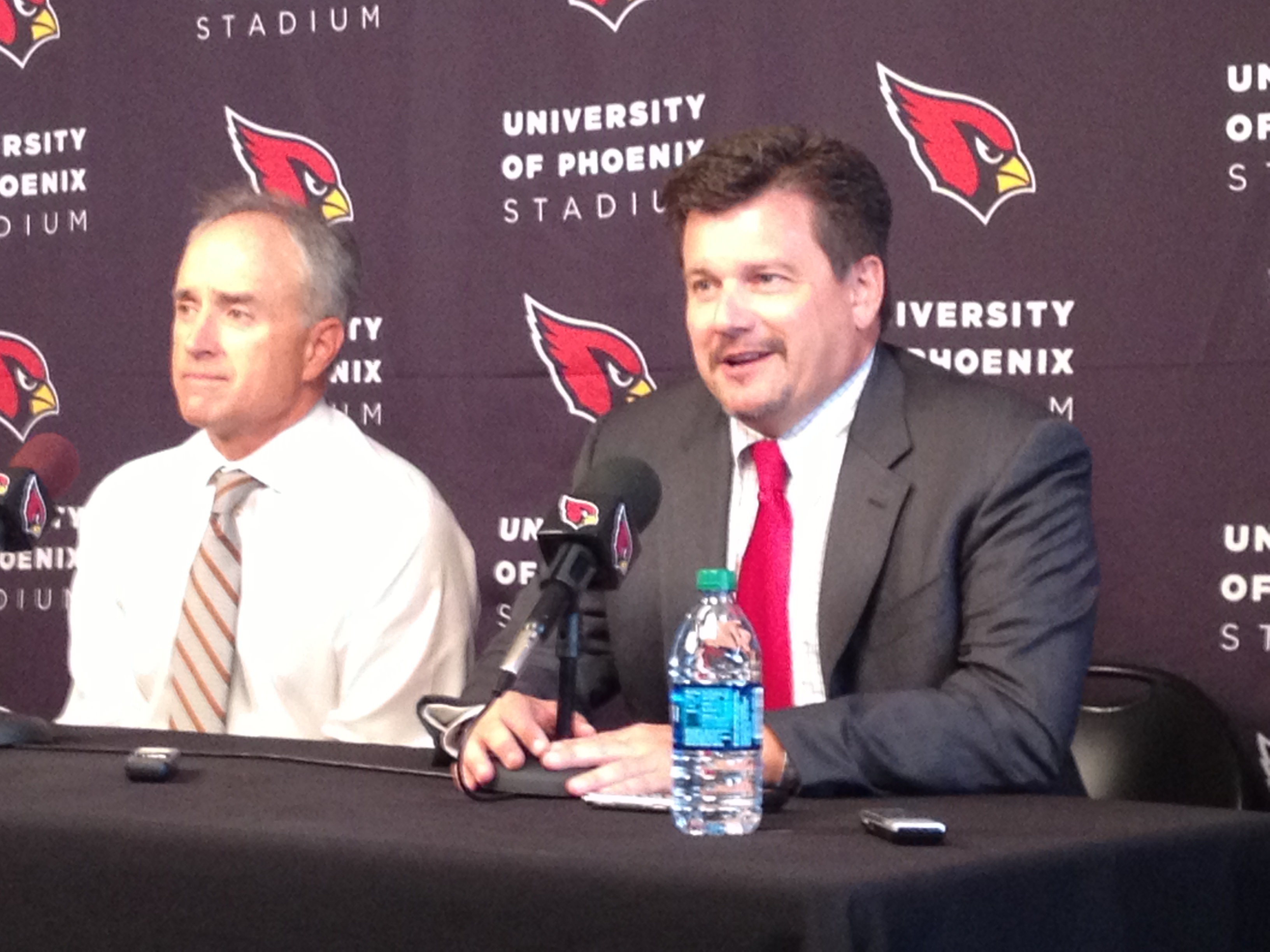 Not only will Glendale be hosting the 2015 Super Bowl at University of Phoenix Stadium on February 1 but now the Pro Bowl on January 25 will be added to a jam-packed week which includes the Waste Management Phoenix Open golf tournament in Scottsdale, as well.

“We’re excited that the game is here,” Arizona Cardinals President Michael Bidwill told the assembled media Wednesday afternoon at Cards headquarters in Tempe. “We’re looking forward to working with business leaders…we’re going to have the opportunity to put our best foot forward.”

The most watched all star game, which was viewed by 11.4 million in 2014, will likely return to Aloha Stadium in Hawaii in 2016 but those plans have not been finalized.

The added responsibility and manpower of hosting the Pro Bowl doesn’t seem to bother the Arizona Super Bowl Host Committee.

Bidwill says bringing the game to Arizona has been a work in progress for quite some time.

“I went to New York to speak to the commissioner [Roger Goodell] about playing the game [here],” he said. “The conversation started a little more than a year ago.”

Tickets locally will first be made available to Cardinal season ticket holders.