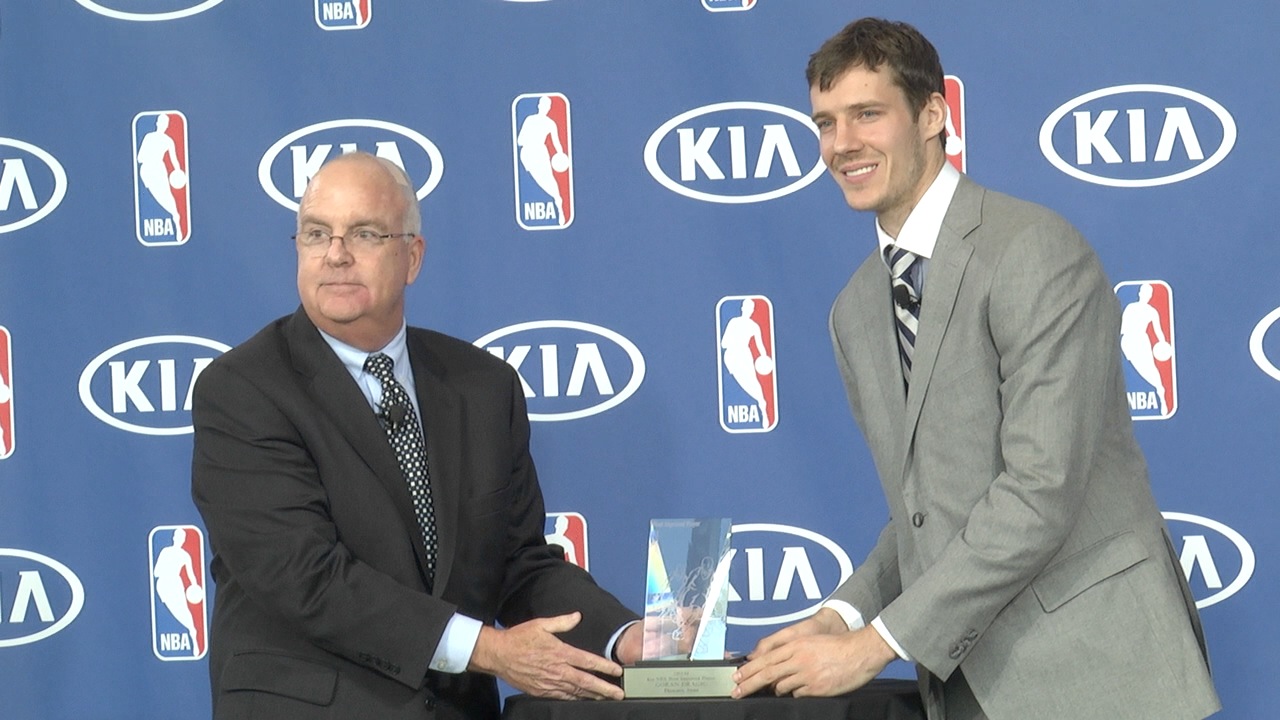 The 2013-14 Phoenix Suns were made up of players getting their first real opportunity to prove themselves in the NBA.

Eric Bledsoe was given his first opportunity to be the starter, Miles Plumlee and Gerald Green come over from a deep contending Indian Pacer team where they couldn’t get onto the floor, Channing Frye coming back from being out all last season and a player like Ish Smith getting his first real opportunity to get minutes in this league.

Leading the charge for this team that had a lot to prove this season was Goran Dragic. A player whom was first given his real shot to be the starting point guard last season but this season was given the keys to lead the new era of Suns basketball. He took those keys and charged the Suns to being one of the best and unexpected stories in the NBA this season.

He was the only player in the NBA to shoot at least 50 percent from the field and 40 percent from three-point range while averaging a career best 20.3 points per game. The result on Wednesday, he was named the NBA’s Most Improved Player.

“This is a great moment for me,” Dragic said. “It was a great fit for me. Jeff (Hornacek) gave me freedom so that I could play my game. I learned a lot from him and he was always there for me.”

Hornacek saw this potential in Dragic before the season had begun back in October.

“Last summer, Ryan (McDonough) and I were out in Slovenia watching the Euro basketball and we thought we know Goran, we know he’s a great player,” Hornacek explained. “But we could tell from watching him take over that team, that he’s taken a next step. I think that’s a sign of great players when they can take their game to another level.”

The announcement of this award is also very rewarding for a front office that drafted Dragic five years ago but traded him to the Rockets during the 2010-2011 season. The Suns were all hands on deck to being him back in 2012 and the results could not be going any better.

For Dragic, it has been a lifelong dream to not only play in the NBA, but to also do some special things. While it hasn’t been easy and he has had his ups and downs over his career, in receiving this award he believes that dream has been realized.

“I always dreamt that some day, I could achieve something great in this league,” he stated. “The first years were hard. Coming from Europe, I didn’t speak english a lot, different culture and it was a lot of tough times for me. But in the end, I have so many great people around me who have helped me to develop my game and develop my personality and I would like to thank everybody for that.”

In the end, Dragic was one of three players that received votes to win this award. His teammates Gerald Green and Markieff Morris finished fourth and tenth in the voting. Dragic becomes the third Suns player to win this award. Kevin Johnson won it back in 1988-89 and Boris Diaw in 2005-06.

Of course for Dragic, the work and development just continues from here.

“I can say only one thing. I am going to try to get better every year,” he mentioned. “And try to be the Goran Dragic that everybody knows.”