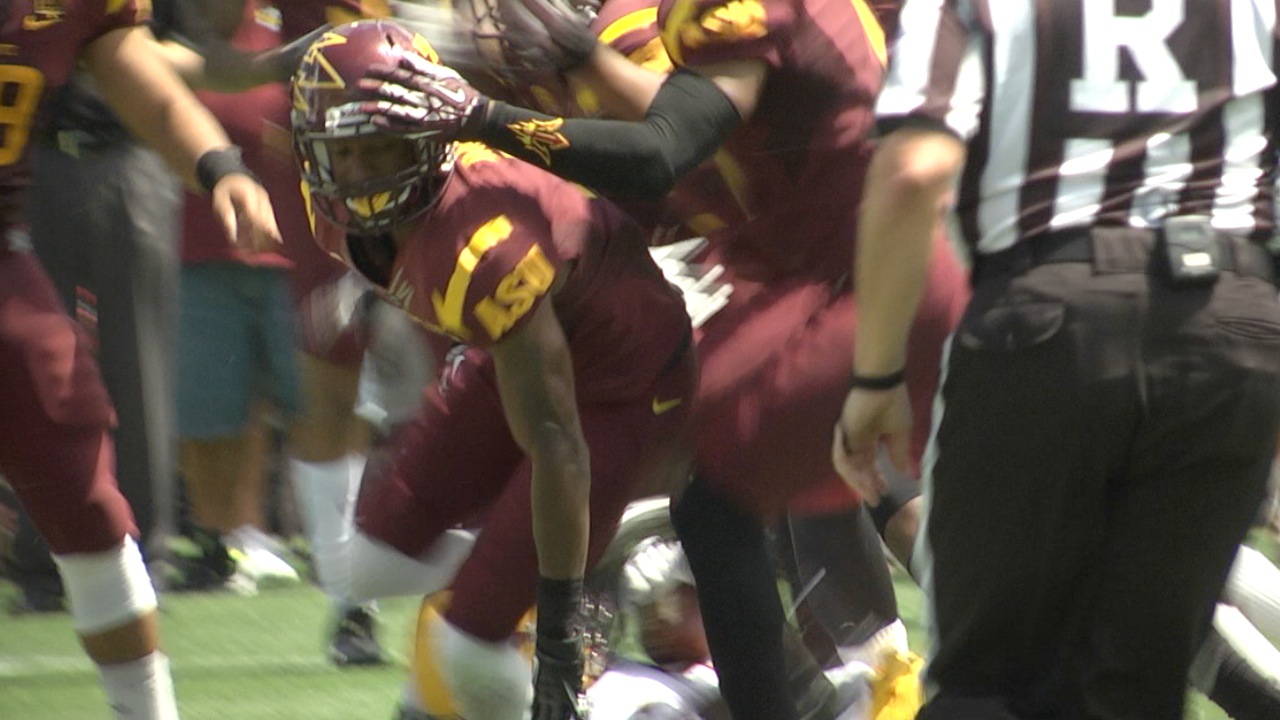 ASU football didn’t just split into two teams for the spring game on Saturday, they broke into two different squads for almost a whole week. They went as far as to split the strength and conditioning coaches for separate teams as well.

Here is what we learned from the game:

Depth at running back: Todd Graham has already stated that D.J. Foster will be the premiere back in this offense and rightfully so with his playmaking ability and how he performed in place of an injured Marion Grice to close out the 2013 season. But the player that stood out the most to me on offense in the game for both teams was Deantre Lewis. He is slated to be the backup but I have a lot of trouble believing he will be receiving a back-up number of snaps. Mike Norvell found ways to get Grice and Foster on the field at the same time. I can see them doing the same this coming year if Lewis continues to perform like this.

Out with old, on with new: So many of the naysayers on the 2014 version of ASU like to mention the fact that their defense loses nine starters from a year ago and will have to have a lot of players step up. From what we saw in the spring game, there are a few starters from a year ago that are back that look to take their games to another level this fall. Safety Damarious Randall and linebacker Salamo Fiso were everywhere on the field fro the defense in the game. Also keep an eye out on another defense back Jordan Simone who was forced to sit last season because of transferring and JUCO transfer linebacker Antonio Longino who both looked very good defensively as well.

Negatives from the game: To be honest there weren’t many. The team looked good overall and made some nice plays on both sides of the ball. One glaring problem however was the amount of drops seen by receivers. Jalaen Strong made a nice play and De’Marieya Nelson was solid but the rest of the pass catchers had some trouble hauling the passes in. The Devils have added depth on the outside since Graham first arrived in Tempe and that core continues to get better, but if this offense wants to accomplish what it is setting out to accomplish and achieve the tempo they hope to reach, those drops need to diminish.