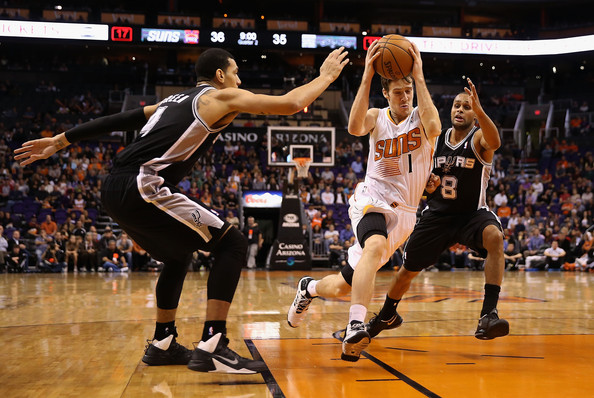 It’s expected to be quite a ride.

In many ways, the final week of the Phoenix Suns regular season is exactly like all the others this season: exciting, unpredictable and a little bit of everything.

SUNS WIN! They get the 94-88 win. Gerald Green had 21 points and @Goran_Dragic had 20 points and 9 assists. #SunsAtPelicans

Friday night deep in the heart of Texas marks another significant challenge for Jeff Hornacek’s team whose day-by-day post-season status changes more than the stock market.

“Every game right now is a must-win situation,” Suns Hall-of-Famer broadcaster Al McCoy told Sports360AZ.com’s Brad Cesmat from San Antonio where the Suns (47-31) are preparing for their game Friday night against the NBA-best Spurs (60-18). “But the team does seem to be prepared.”

Phoenix is hopeful to be at full strength, although guard Goran Dragic turned an ankle in Wednesday’s win over the Pelicans but is expected to play on Friday. Another question to be answered is how much will San Antonio head coach Gregg Popovich play his starters as the Spurs, in all likelihood, will face either the Suns or Dallas in the first-round if both teams hold off Memphis down the stretch.

If this season has proven anything, it’s the fact Phoenix can score points and beat excellent teams in the Western Conference.

Phoenix plays in Dallas Saturday before returning home for their regular season finale Monday against Memphis. They close out the schedule Wednesday night in Sacramento against the Kings.