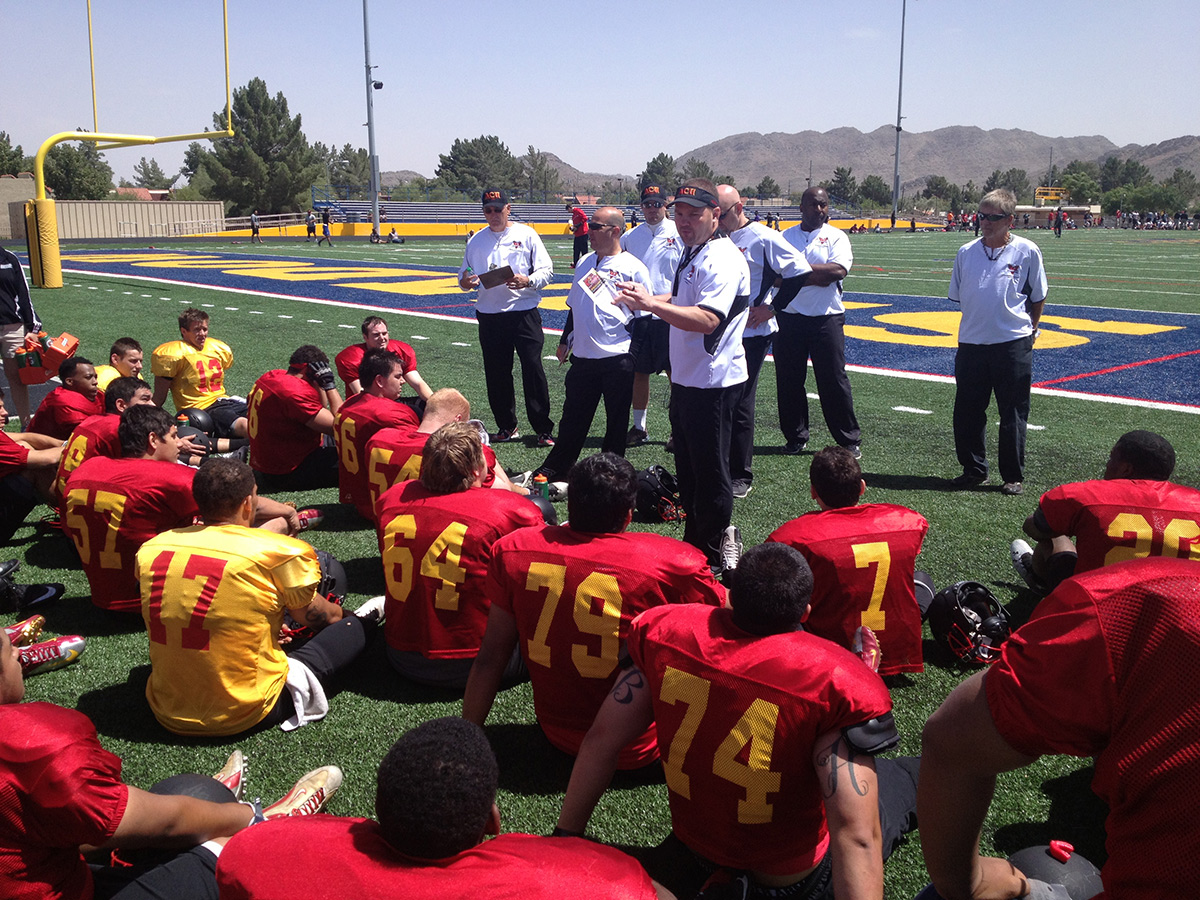 Six months ago football at Arizona Christian University was merely a dream.

Saturday afternoon at Shadow Mountain High School it became much closer to a reality as the Firestorm held their first ever spring game in front of a nice number of red clad fans and close to 100 prospective recruits.

It was just another step closer to the program’s NAIA debut in August when they strap it up for real.

“I think for a start, we’ve done a really good job,” former Paradise Valley High School, now ACU head coach Donnie Yantis said after the red squad defeated the white 53-36. “I’m really proud of our staff and our players. We got hired on the 19th of December…hired 15 coaches. We started with nothing and look at where we are today.”

Thanks to all who came out and supported ACU football today at our spring game! Was a huge success! It is just the beginning! #BrightFuture

The spring game, which was scripted, was broken up into two, 30-minute running halves separated by a 10-minute minute half. Teams received the standard six points for touchdowns but the defense was awarded three points for a takeaway, two for a sack or tackle-for-loss and one for a three-and-out.

Most of the players seemed pleased afterwards.

“It was awesome,” quarterback Gerrit Groenewold explained. “We’ve been working really hard in the morning working out. It’s cool to just see it pay off. We have a long way to go but as a first spring game we made some strides and we can only get better. That’s what we’re hoping for.”

The Firestorm roster is made up of 71 players with Arizona ties.