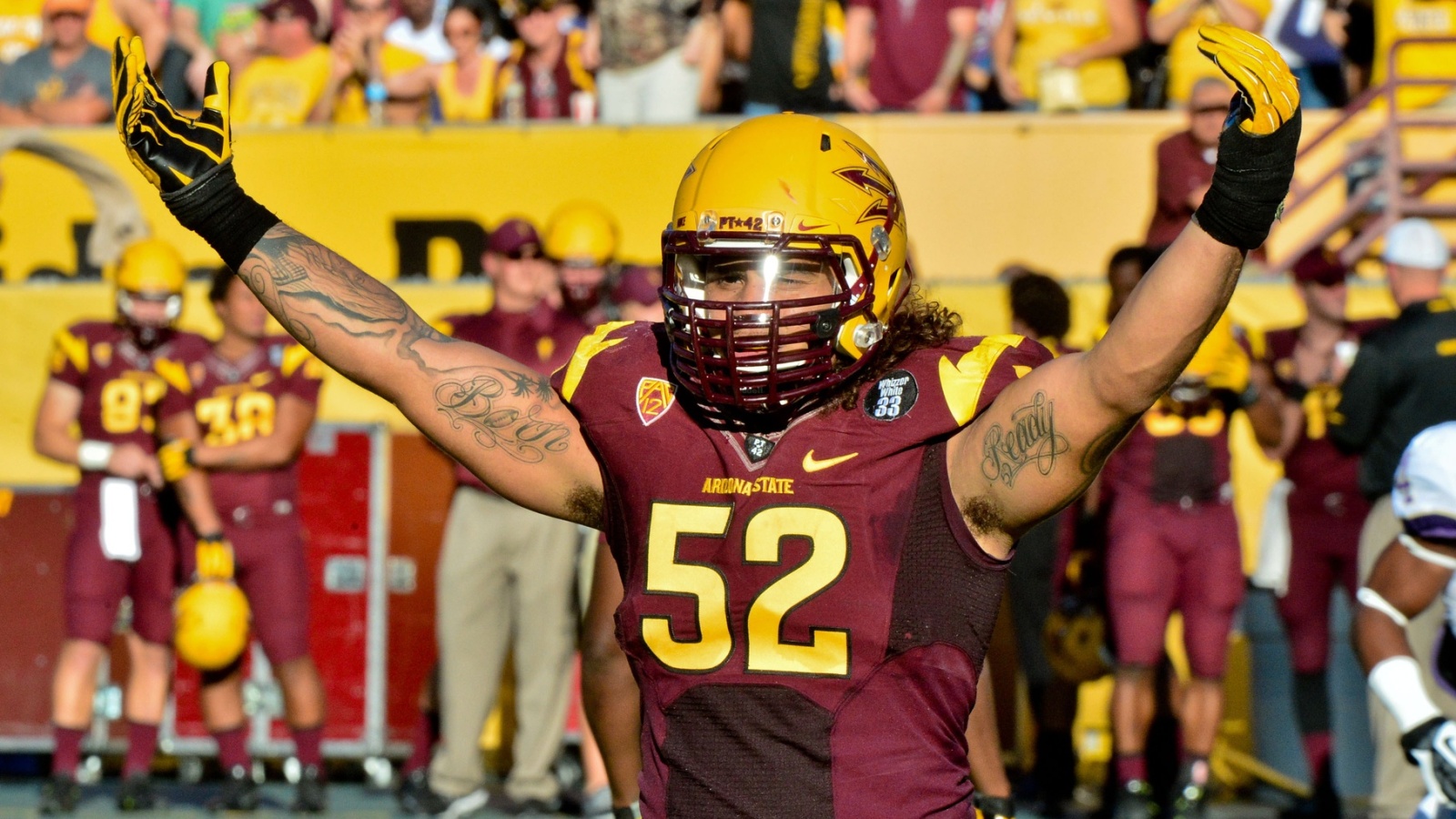 Before Carl Bradford first stepped foot on the campus of Arizona State University, he had never been to a live college football game before.

After three great seasons on the field at Sun Devil Stadium, Bradford earned the status of being a legitimate NFL prospect. On Saturday he was selected in the fourth round, 121st overall by the Green Bay Packers to give him the right not only to carry out his dream of playing in the NFL but also the opportunity to attend his first ever NFL game once the 2014 season comes around this fall.

“Playing in a college game for the first time was the first game I attended and now playing in an NFL game is going to be my first,” Bradford said on Saturday. “And it is legendary to be able to play at Lambeau Field. So much history and so many great hall of famers who have walked that field. I am beyond honored to step onto that field.

“I’m a Cheesehead!” added. “It’s an amazing feeling. I am blessed for them to pick me and give me the chance to live out my dream and I cant wait to go and win some super bowls.”

Bradford is coming off a 2013 season where he started all 14 games for ASU, recording 61 tackles, 19 for loss and 8.5 sacks with four batted passes, an 18-yard interception touchdown and three forced fumbles. He know joins a very well-known linebacking core in Green Bay consisting of Clay Matthews and A.J. Hawk whom Bradford has tremendous respect for.

“Man, every time I got asked who is my favorite linebacker I would say Clay,” Bradford mentioned. “And now I get to go and hopefully play next to him. I cant wait to go there and learn from him and also A.J. Hawk who has great experience. I am ecstatic to even be listed as one of the linebackers along side of them.”

Many thought Bradford might be off the board during day two of the draft in the second or third round so going in the fourth round meant the process was dragged out a little longer than he expected. But at the end of the day, he feels he is going into the perfect situation.

“I thought I would be day two but day three is fine,” Bradford mentioned. “I am on a team, I am employed now and I am ready to go to work.”

The irony of how things can pan out in the NFL Draft. On Friday, Sun Devil teammate of Bradford’s, Will Sutton, was selected in the third round by the Chicago Bears. Meaning the fellow-Sun Devils are now on opposite sides of the oldest rivalry in the NFL. On Friday he texted Sutton to congratulate him on being drafted, on Saturday, Bradford embraces the rivalry.

“When we meet up in the snow, best believe the cheese heads are going to end up on top!”