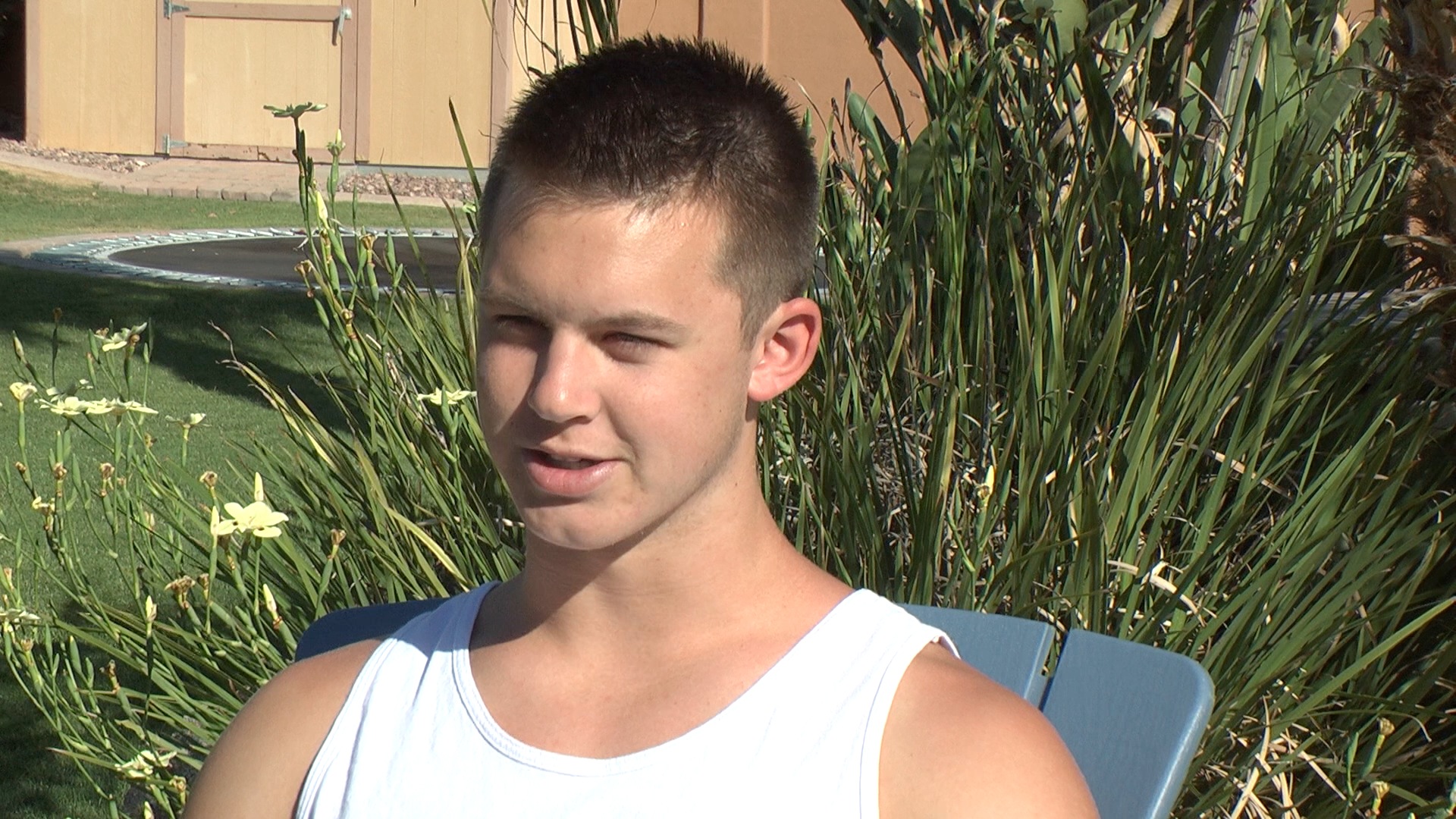 Kyle Allen is finally getting a break.

The former Scottsdale Desert Mountain star and top-ranked 2014 quarterback in the nation is home relaxing while his DMHS friends and classmates are still in school. Allen, who graduated early in December, just returned from his first semester at Texas A&M where he’s competing to replace some guy named Johnny Manziel this fall in College Station.

He’s adjusted well to college life in Texas which isn’t a surprise to anyone who knows the 6’3, now 212-pound teenager who’s mature far beyond his years.

“It does feel a little weird,” Allen told Sports360AZ.com in a recent sit-down interview. “But I’m used to it because I’ve always been the younger guy with the older people my entire life.”

He performed well in spring practice as he battles sophomore Kenny Hill for the starting spot. Senior Matt Joeckel, who was also competing for the job, transferred to TCU last month. Head coach Kevin Sumlin wasn’t ready to announce a starter at the end of spring ball which is fine with Allen.

“They said [we] both had a great spring, we’re going to keep battling out into fall camp,” Allen explained. “Before the season [they] are being very vague about it. They don’t want to give anything out which they should.”

He also kept a close eye on the NFL draft where A&M had three players selected in the first round, including Manziel who was selected by the Cleveland Browns.

“I made sure I got back from my workouts about two minutes before it started,” he said. “I watched every pick of the first-round. It was awesome to see Jake [Matthews] and Mike [Evans] and then Johnny go to the Cleveland Browns. I think he’ll be a really good fit there.”

Many Aggie fans are thinking the same thing about Allen deep in the heart of Texas.