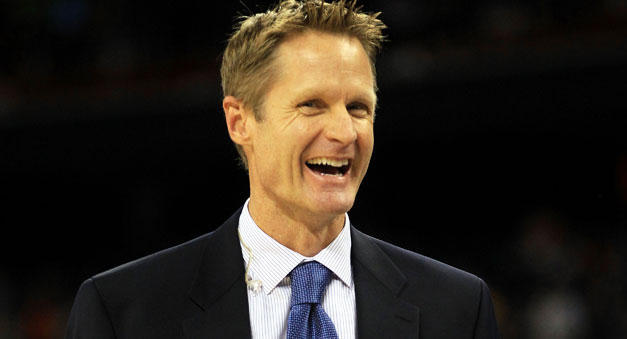 It’s always nice to have options.

It has long been rumored Kerr could be reunited with his former head coach Phil Jackson who took over as president of the New York Knicks in mid-March. The two combined to win three titles when Kerr was playing for and Jackson coaching the Chicago Bulls in the mid-to-late 1990’s.

Kerr, who has never been a college or NBA coach at any level, has also been linked to the head coaching vacancy with the Los Angeles Lakers and even Golden State Warriors, where Mark Jackson may be on the hot seat following their tough, seven-game opening round playoff series loss to the Los Angeles Clippers over the weekend.

Regard of where Kerr calls home next season, one of his former teammates believes success will follow.

Robinson, who won an NBA title playing alongside Kerr in 1999 believes the Knicks make sense if he can learn under Jackson, one of the greatest coaches in NBA history. Coaching in “The Big Apple” would allow Kerr to grow as a coach without the immediate pressure from upper management. He says no one will argue the Warriors young collection of talent in the Bay Area but knows Golden State’s track record with head coaches isn’t the best.

He’s confident Kerr is up for the challenge and his track record, both on the court and off, speaks for itself.

“Steve’s fantastic,” Robinson explained. “He’s one of the greatest guys I ever played with. Just a great teammate. A guy who only cared about winning.”

Kerr won five NBA titles and led UofA to the Final Four in 1988.