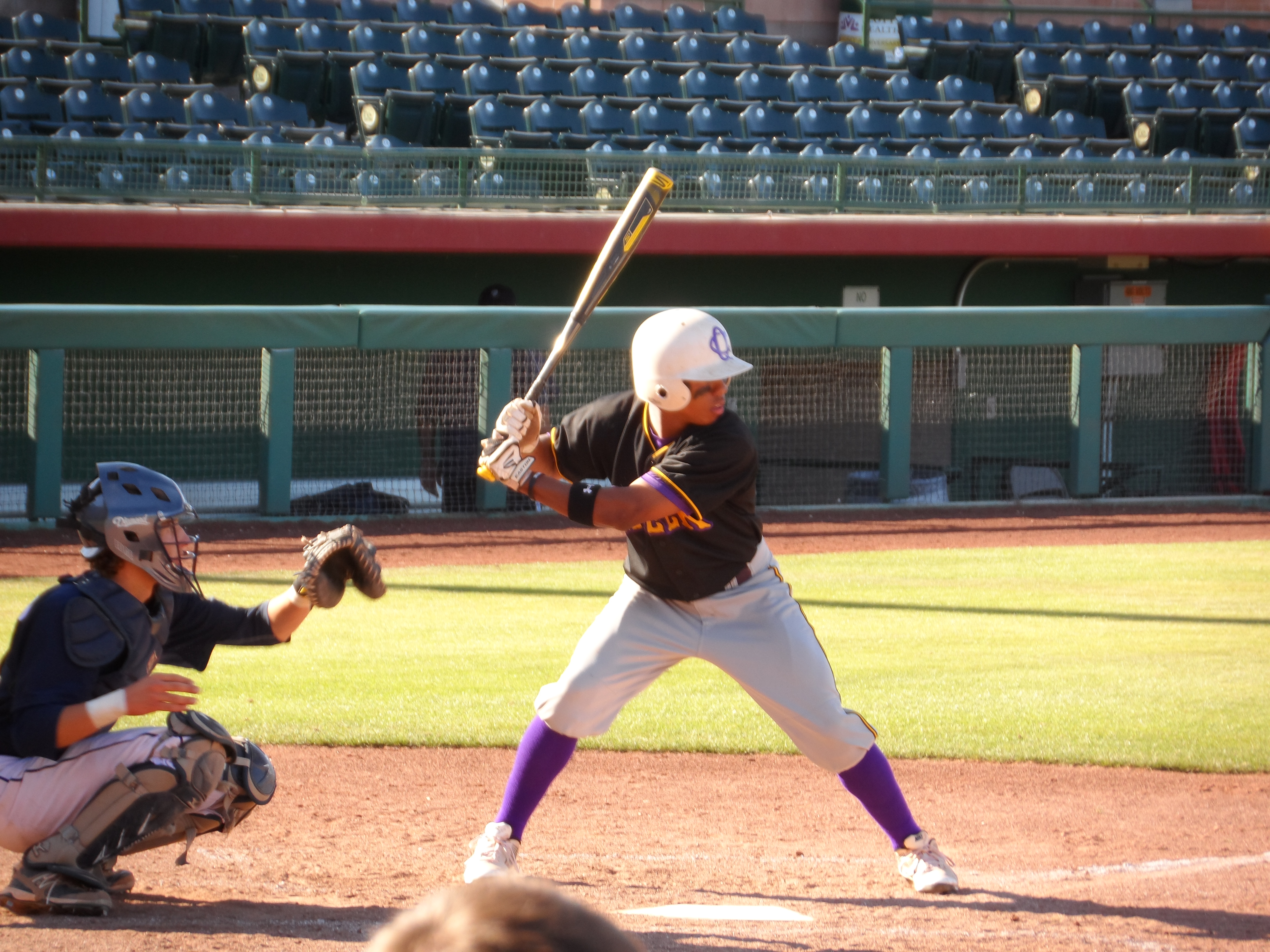 Several high school athletes participate in multiple sports throughout the school year. In most cases, the sports they choose to play do not run simultaneously. Unless you’re speaking of Queen Creek senior Marcus Still.

Still, who has accepted a baseball scholarship to Loyola Marymount University, plays primarily centerfield and pitches on occasion for the Bulldogs. In addition to playing for the baseball team, he runs the 100m, 200m, and 4×100 Relay on the track team, as well.

Why does he participate in both sports?

“I love running,” Still answered. “Running is a big part of me. I thought being a fast runner, I could go out and run for the track team during the baseball season to help the track team out.”

Speed is Marc’s greatest asset in both sports. He recently broke two school records in baseball, becoming the all-time leader for triples in a career and the most stolen bases in a season. He expects to qualify for the State Championships in the 100m. He said the 4×100 Relay team of himself, Weston Barlow, Chandler Brown and Kyle Crosby will compete at the State Championships in May.

The risk of injury is greater by playing both sports and something Marc is aware of. He knows what he has to do avoid injury.

“Injury is a big concern for me,” Still said. “But it’s all about taking care of my body. I know if I take care of my body and continue to eat healthy, I should be good for baseball and track.”

The coaches at Queen Creek had no issues honoring Marc’s wishes to compete in both sports.

“Marc is a great kid,” Queen Creek baseball head coach Mike Campbell said, adding that he and the track coaches have worked out a schedule that works for everyone. “This experience is all about Marc wanting to do it. It would be a travesty not to let him do what he does.”

After a recent baseball game at Desert Ridge on a Friday night, Marc was back at campus on Saturday morning at 7:30 a.m. to get in his baseball work on his own before competing at a track meet later that day. On April 28, 2014, he played a baseball game at McClintock before returning to Queen Creek to run in the Southeast Valley Track Championship later in the evening.

“My guys and I have to respect a young man like that,” Campbell said.