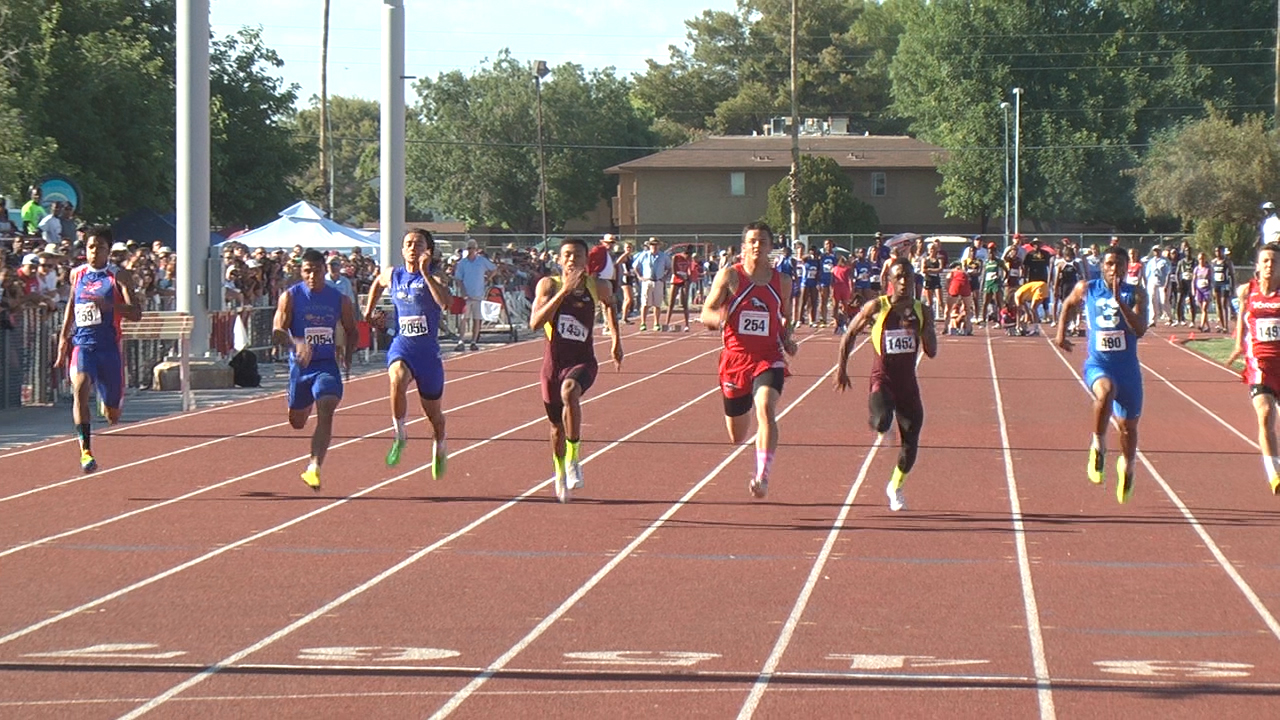 The final heats are set in Division I-II for the boys and girls track and field and there should be a ton of fireworks at Mesa Community College. Some of the top track athletes ever to compete in Arizona this weekend and for some of them, it will be for the final time.

Here are some of the top story lines to watch out for leading up to Saturday with the people who are the favorites and the contenders in each event.

Mountain Pointe’s Paul Lucas has had an absolutely incredible year on the track. He is among the nation’s best in the 100, 200 and 400 meter dashes and expects to be crowned the state champion in all three as he had the fastest time in all three events for the qualifying on Wednesday.

North Canyon’s Bryant O’Georgia. For a little over two years now I have been talking about how Bryant is one of the most, if not the most, underrated athlete in the state both from what he does on the football field and on the track. Before he goes up to NAU for football next fall, he will look to become the two-time defending state champion in the high jump.

Staying on the field side of things, Mountain Ridge’s Troy Kowalski has been a monster this year with the shot put. He was the only one to pass 59 feet in the prelims and will be the favorite to be crowned state champion. It will be the last time we see him in high school competition before he heads to San Jose State on a football scholarship.

Another runner in addition to Paul Lucas and possibly Bobby Grant who can take home two state championships is Corona del Sol long distance runner, Nathan Rodriguez. He had the fastest preliminary time in both the 800m by two seconds, and in the 1600m by seven seconds. He will look to have a repeat dominant performance on Saturday.

On the girls side of things, it will be the last time we will see the great Ky Westbrook on the Arizona high school track. What a remarkable career she has had. Like has been the case for the last couple of years, she had the fastest times in three sprinting events (100, 100 hurdles and 200)  for the prelims heading into the finals. That doesn’t include the damage she hopes to have on the field and in relay events as well. Westbrook will be moving on to USC for track next season.

Looking to take the baton (no pun intended) of most dominant female all-around track athlete is North Canyon’s Jasmine Stauffacher-Gray. She is only a Junior and has already had a remarkable high school career. She will look to take multiple state titles in the 400m, 300 hurdles and the 4X400 relay.

Also keep an eye out for Mountain Pointe sophomore Autumn Smith who will look to break onto the scene and contend Westbrook in the 100 hurdles and Stauffacher-Gray in the 300 hurdles.

Finally, it is also the final time we will see Hamilton’s Ashlee Moore in high school competition. She had made a name for herself both on the basketball court and as one of the stars of Arizona high school track. She will be eyeing a sweep of the long jump and high jump on Saturday.

It will all be settled on Saturday at Mesa Community College beginning with the field events at 1:30 and then the track events at 3pm.