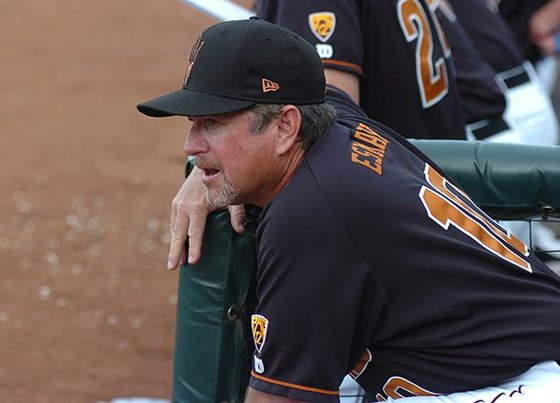 His to-list got a little longer when head baseball coach Tim Esmay resigned after five seasons on the Sun Devil bench. The 49- year-old had one year left on his contract and was named the 2010 Pac-10 Coach of the Year.

Despite compiling a Pac-12-best 201-94-1 record in Tempe Anderson believed it was a time for a change.

The Devils finished 33-24 this past season and failed to win a game in the NCAA regionals last week in the Cal Poly regional. He led ASU to the College World Series in 2010 but one of the most distinguished baseball programs in the nation hasn’t returned since.

“We want to see a culture whereby you know where you’re going to…recapture what this Arizona State program had back in the championship era,” Anderson, a former college baseball player at Stanford, explained. “That’s what we promised and that’s what we intend to deliver.”