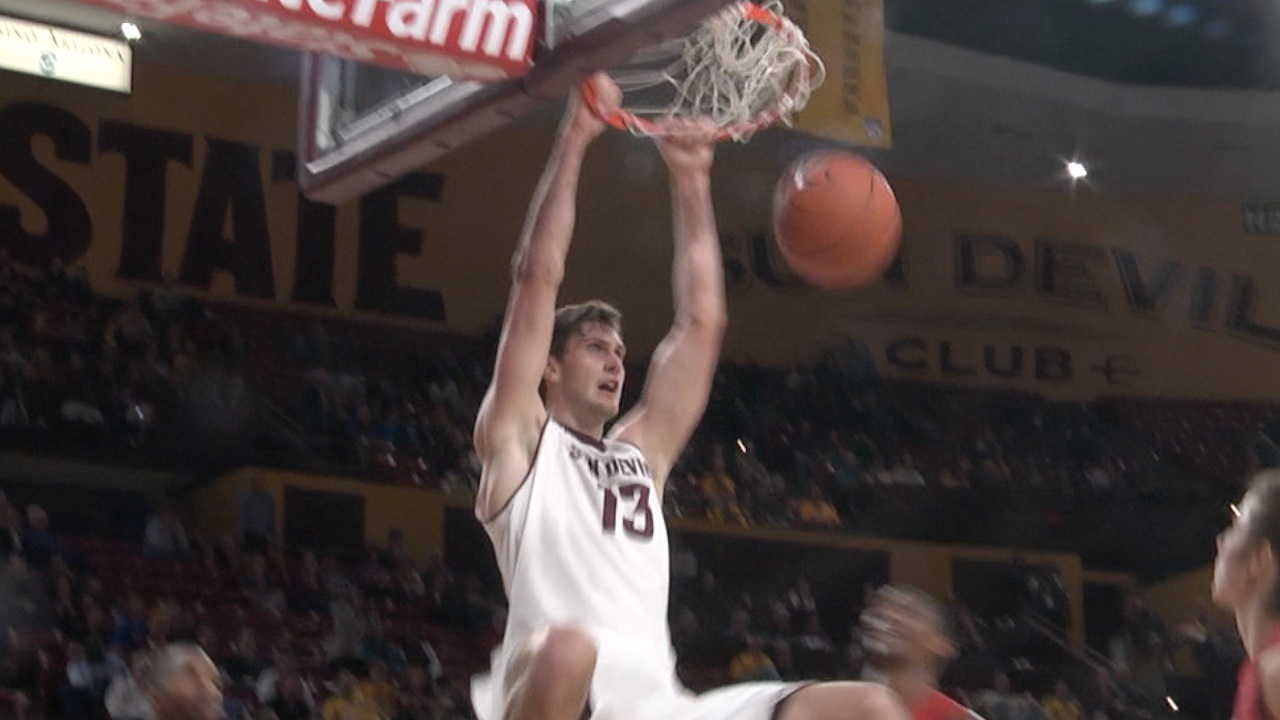 One filled with basketball shoes, socks, shorts and shirts.

The other with diapers.

Not the typical array of items most NBA draft hopefuls have been equipped with over the past few weeks.

Then again, Bachynski isn’t your typical 20-something-year-old waiting for his name to be called during Thursday night’s draft.

The former ASU star who left Tempe as the Pac-12’s all-time leader in blocked shots is married and recently became a father, just days before learning of his NBA destination.

I want to give this guy EVERYTHING! The most amazing moment of my life. Kawika John Bachynski… http://t.co/UI4rOQ90cL

Bachynski, like always, is keeping an open mind and a positive attitude even if he doesn’t know his future address.

“I honestly don’t care where I go,” he explained to Sports360AZ.com’s Brad Cesmat in a phone interview Tuesday morning. “I love basketball. It really doesn’t matter to me where I’m living. I would play in Timbuktu if I had to. I really don’t care. I’ve lived all over. I grew up in the cold of Canada. I lived in the humidity and heat of Miami and now in Phoenix. I’ve had all my bases covered.”

He also covered the basket quite well in Tempe growing from a skinny, frail project as a freshman to a polished draft prospect who has caught the intrigue of several NBA teams. Backynski worked out for close to a dozen of them which concluded Tuesday night in New York for Phil Jackson’s Knicks.

“I didn’t have one,” the quick-witted Bachynski quipped when asked what his worst workout was.

Teams have been impressed with his size and ability to score in paint but some wonder if he is strong and durable enough to hold up at the next level.

The 7’2, 24-year-old will spend Thursday night at home with his family watching the draft.

It’s good to be home…for now.

His future is wide open.

Which is just fine for someone who’s already seen and experienced so much.