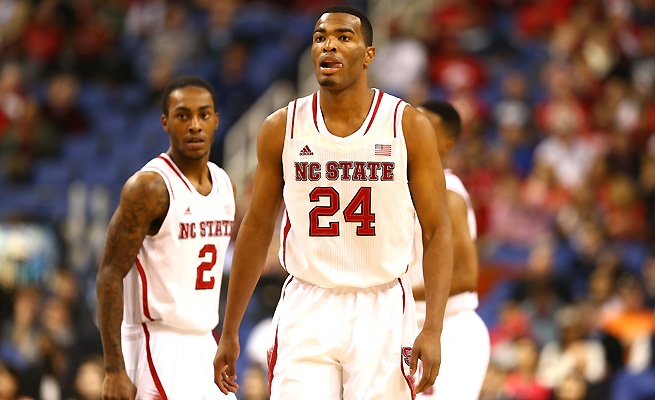 T.J Warren has always been a special talent on the basketball court. From his time at Brewster Academy in New Hampshire, to being named a McDonald’s All-American and to his freshman year at North Carolina State.

But for a player that aimed to be a small forward or stretch four at the next level, carrying 240 pounds with his 6-8 frame was not going to give him the speed, bounce and quickness to be that kind of player.

Over the summer between his freshman and sophomore seasons, Warren dedicated himself to completely transform his body to better himself as well as his team.

“After my freshman year, I realized the talent we were losing with guys going to the league and with guys graduating,” Warren said. “We had a young team coming in and me dedicating myself that summer and losing all this weight, it really helped me to get to where I am today.”

It’s one thing to just decide to dedicate yourself, it’s another to mentally grind through it. And Warren stuck started a regiment and stuck with it.

“I got with my nutritionist and strength and conditioning coach and they helped me along the way,” he mentioned. “Just taking conditioning very seriously, doing extra cardio, riding a bike for an hour. But it all started with just eating right. Eating the right foods at the right times and staying consistent with that. It was tough at first but I adjusted to it very well.”

The change in him was seen on paper with how he took his game to another level. His points went from 12 points his freshman year to 25, he rebounds went from four to seven and he played seven more minutes per game. Part of that had to do with his new and expanded role with the team in his second season, but another part had to do with the mindset he had from how he felt on the floor.

“I felt like a whole new person,” Warren explained. “Just me running the floor at a higher rate and me scoring the ball as easy as I did, it just all around helped me my sophomore year.”

Dedication like this from a player does not go unnoticed. There is no better way for a player to display their dedication to get better and their dedication to evolve their game than the dedication Warren showed in just one off-season. The Phoenix Suns clearly noticed this with Warren being a player that they said stood out during the pre-draft workouts.

“They see a more dedicated out there,” Warren said. “Slimmer, more active on the boards as well as running the floor, more athletic. It all played a part in my game.”

“I’m still improving my body,” he added. “I know there is still work I can do to it and being in the NBA with a pro organization, it can only help me.”