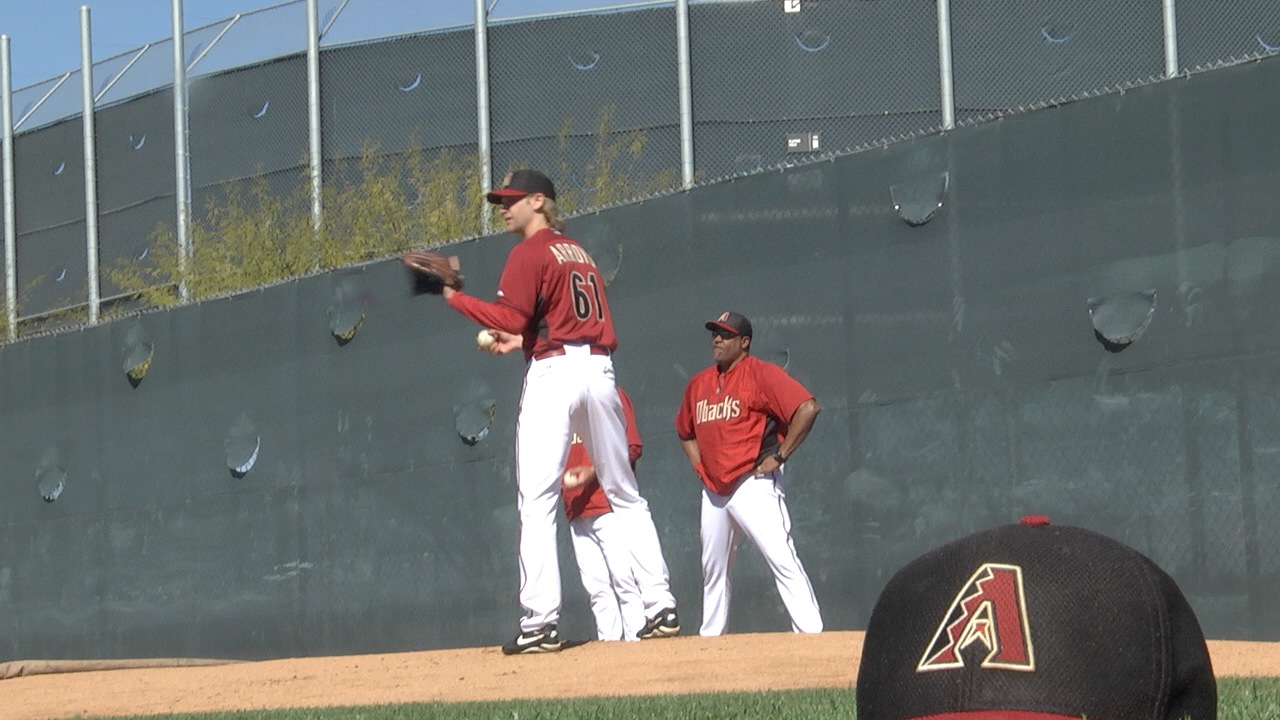 Before coming to the Diamondbacks, 37 year old Bronson Arroyo After spent eight years prior with the Cincinnati Reds and came into the 2014 season ranked first in the Majors in number of starts (297), third in quality starts (183) and third in innings pitched (1,895.2) amongst MLB pitchers since 2005.

He was known as an Iron Man in baseball because he really has never spent time on the disabled list between his time on the Reds and the Boston Red Sox. But about a month ago, that all changed as Arroyo was sent to the DL with an apparent elbow injury. He announced on Monday that as a result of the injury, he will need Tommy John Surgery to end his 2014 season.

“I knew the ligament was ripped off the bone,” Arroyo told Sports360AZ.com. “I was going to just going to rehab it and get it healthy and strong which I would need to do anyway even for the surgery. I was just going to see if I could pitch without the ligament. A few guys have done it in the past.”

But after some long toss workouts and exercises, Arroyo just wasn’t seeing the progress needed and mentioned that his soreness the next day after throwing was to the point where he could not bend his elbow.

“I can pitch but I just cannot turn it around and pitch again in four days,” he explained. “It’s just going to swell up to much.”

“If this was my last year playing the game, I would probably just gut it out,” he added. “But if I wanted to play a few more years, it would be impossible to do with out that ligament.”

Arroyo threw a complete game against Stephen Strasberg and the Washington Nationals back on May 13th and sites that he believes that was the game that he tore the UCL because he woke up the next morning and the arm was completely stiff. He proceeded to throw six more games before finally taking himself out of a game on June 15th against the Dodgers.

“I was using every trick I knew from the last 15 years to keep me on the field but nothing was working,” he stated. “We even had a cortisone shot in the elbow and it didn’t do anything either.”

“I really didn’t think it was that (a torn UCL),” he mentioned. “A lot of guys talk about hearing something pop or things like that. There was just a lot of swelling and I’ve had swelling like that in the past. I thought the doc was going to tell me that’s what it was and to just quiet this thing down for a few weeks. But he took a look at the MRI and said ‘the ligament is gone man.’”

This situation of Arroyo and his future with the Diamondbacks now presents an interesting scenario. He originally signed a two year deal through 2015 with a team option for 2016. Arroyo explained that if his option is not picked up in 2016, his buy out is pretty heavy and could put the team in a tough spot.

Arroyo becomes now the fifth Diamondbacks pitcher on the roster dealing with the Tommy John Surgery. Daniel Hudson and Matt Reynolds are still in the recovery process and Patrick Corbin and David Hernandez just had the surgery at the start of the 2014 season.