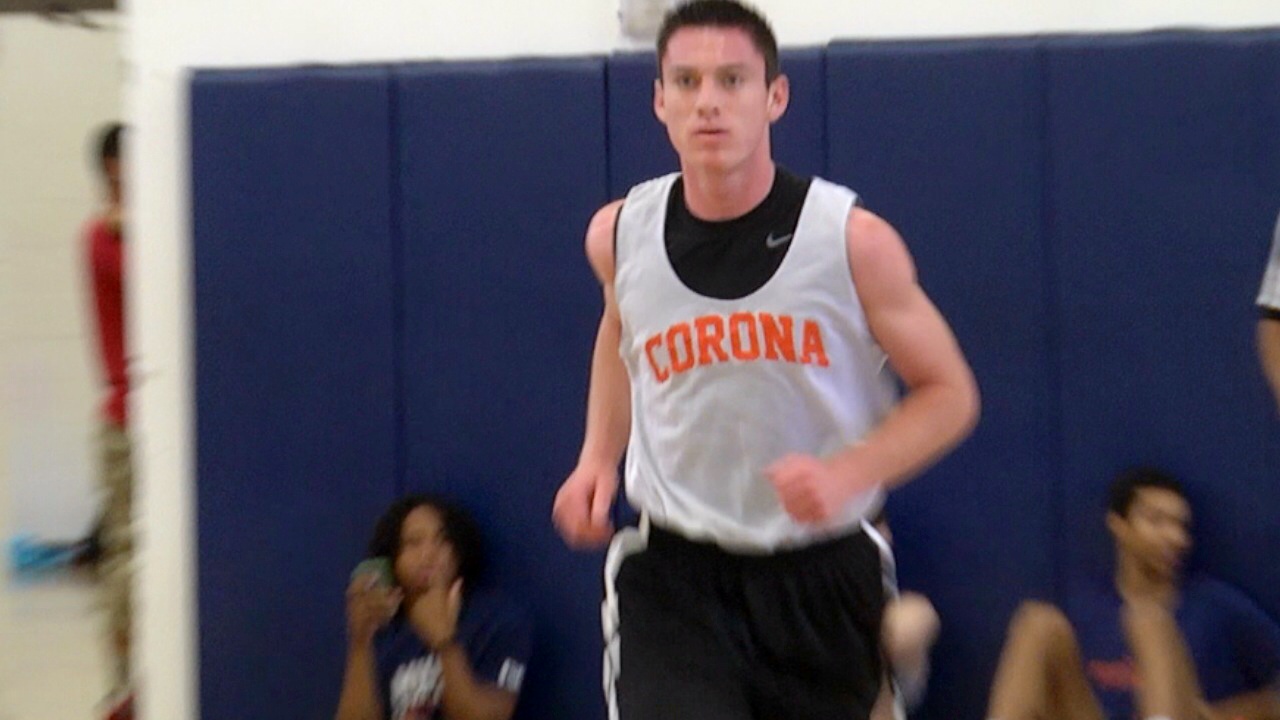 With Casey Benson in the starting lineup the last three seasons for Corona del Sol, they went 95-6 with three state championships. He has been the leader of one of the most special and dominant three year stretches in Arizona in recent memory.

Benson is now graduated and off to the University of Oregon and you would think Corona might be in dyer need of a point guard to step in and lead. However, waiting in the wings is soon-to-be sophomore point guard Alex Barcello who is more than willing and able to take the wheel and continue to steer it in the right direction.

“I really try to lead the team more and i knew that I had to take over this team after Casey left,” said Barcello. “I’ve got to be a big leader. I need to be able to tell guys what to do and where to be and I feel like I am doing that more.”

While Benson’s success at the high school level is well documented. For Barcello, he goes into his sophomore year having lost just two games since he was in the fifth grade. One of those was as a member of Corona when they fell to basketball power Findlay Prep last season. But Barcello is a winner who brings that mentality every time he takes the floor whether it’s at an open gym, a summer league game or in a state title game.

“I am just a competitive guy,” Barcello explained. “I hate losing so I’ve got to come out and bring it every game.”

That drive to be great is definitely noticeable this summer. Barcello looked good as a freshman but already just four months since last season came to an end, he has taken his game to a whole other level. Part of that has to do with the fact that he has been working with former Arizona high school and U of A star, Jerryd Bayless this summer.

“He is showing me how to lead the team but also how to improve on my own and help improve other people on my team,” mentioned Barcello. “So not only make myself better but make my teammates better. It is a real blessing to have a guy like him help you out every day.”

Colleges at the next level have also noticed the improvement. Many schools, one of which is Arizona State, is keeping a close eye on Barcello and in the last month, picked up his first offer from Grand Canyon which is an exciting trend picking up some steam for the young guard.

“Yes it is but I can’t worry about that right now because I am young and I have to keep my head in it,” he said. “Have to keep playing hard and I’ll be fine.”