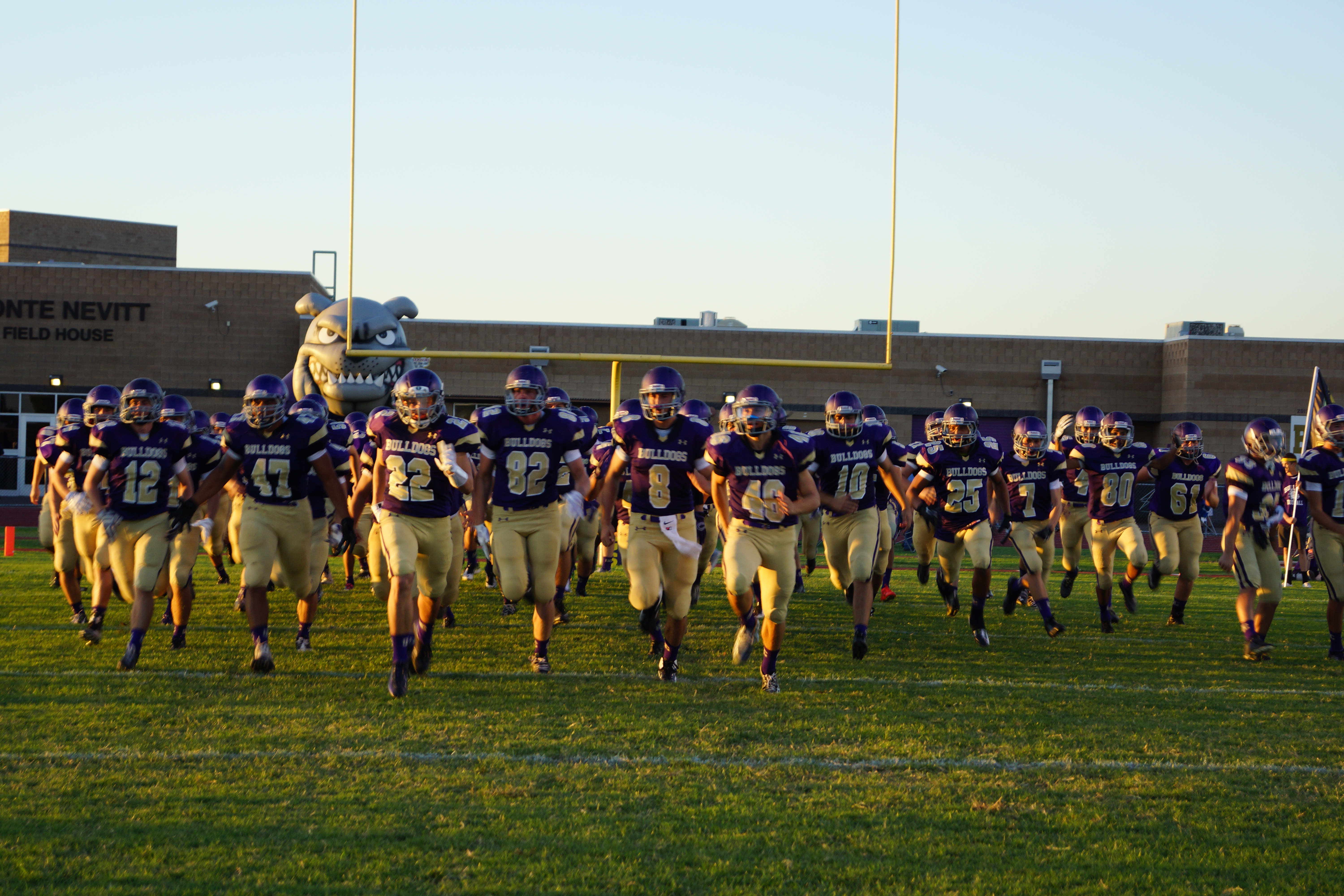 The Queen Creek Bulldogs entered the 2014 season knowing their defense needed to improve from last season. The Bulldogs posted only one shutout last season, versus South Mountain, a team that was in the middle of a 30-game losing streak at the time. They posted six shutouts in their 2012 State Championship season.

The Bulldogs limited Broncos’ running back Brandon Hatfield, who averaged 115 rushing yards per game as a junior, to fewer than 100 rushing yards in Friday’s opener. Hatfield is listed as one of the Top 80 seniors in Arizona by Scout.com southwest recruiting analyst Jason Jewell.

NeVille and the Bulldogs’ defense worked hard to improve after losing last season’s State Championship game to Saguaro. When asked during spring and summer practices what the defense needed to do to improve, a prophetic NeVille answered, “We need to shutout more teams.” By those standards, Friday night’s performance was a success.

“We knew we needed to get better on defense,” Bulldogs’ head coach Travis Schureman said after the win versus Poston Butte. “That was something we worked on. We were young last year on the defensive side of the ball. When you run to the football and play 11 men to the football, great things will happen.”

The Bulldogs are hoping to have learned from history. If they were paying attention, as it appears they were Friday night against the Broncos, they’ll know defense wins championships.