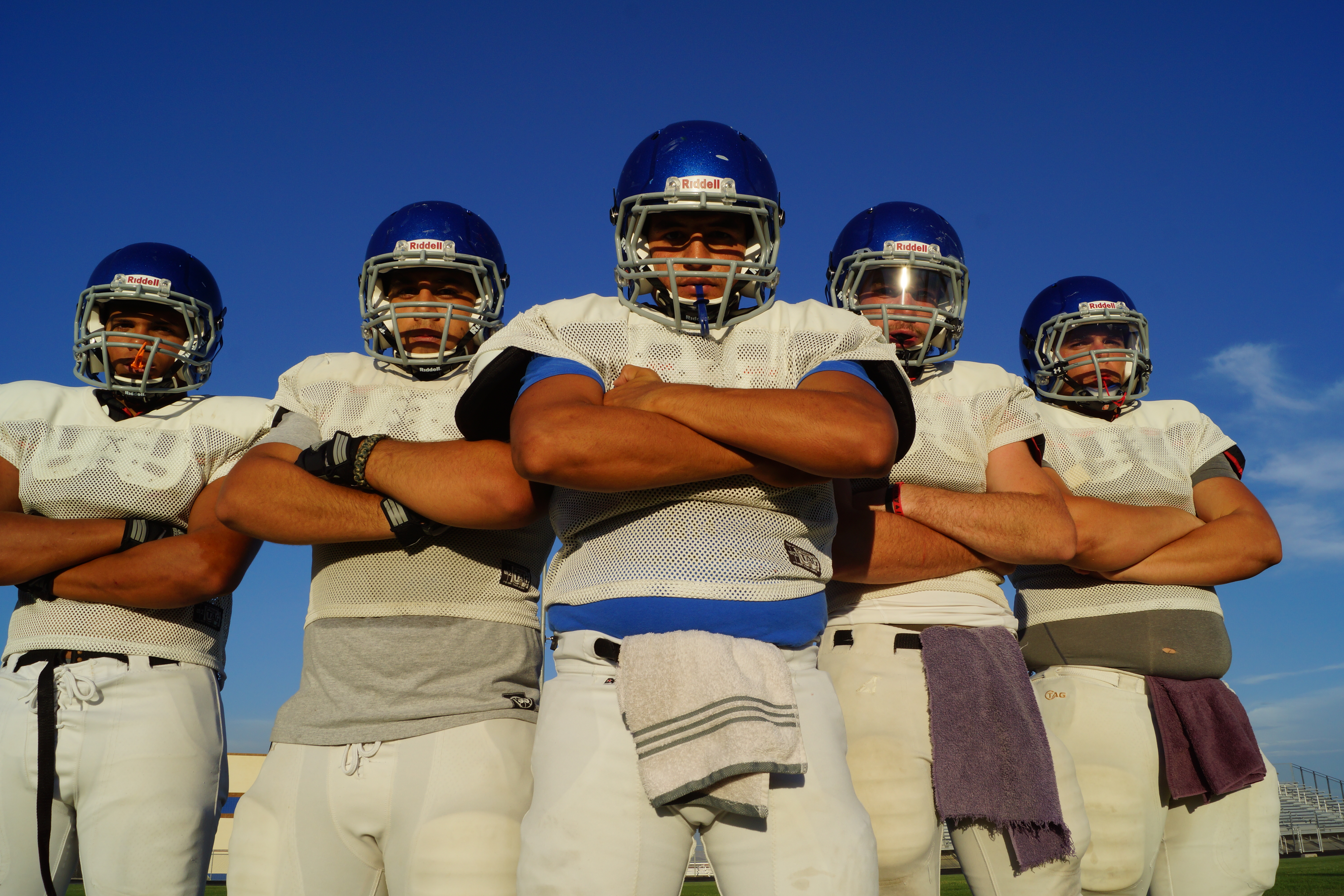 Ask any high school football coach the most important group of a team and he’ll likely include the offensive or defensive line in his response. Having a group of linemen who are talented and experienced is at the top of any coach’s wish-list. At San Tan Foothills High School in Queen Creek, head coach Rodger Schenks’ wish has been granted.

The Sabercats enter the 2014 season with all five offensive linemen returning from last year, including four-year varsity starter Ryan Wilson and a pair of three-year starters – Thomas Snelling and Dillon Ramsey. As a group, the five have combined for over 85 varsity starts so far.

“It all starts with us, we’re the heartbeat of the team,” said senior tackle Ryan Wilson, the anchor of the group. “If we die, everybody else dies. If we keep eating, we keep the team strong and moving along.”

The Sabercats boasted two 1,000 yard rushers in 2013 –  Ricky Wilson (1,131 yards) and Saige Waxter (1,209 yards) – thanks, in part, to the experience and production of the offensive line. Working together for so long is one of the reasons for the group’s success.

“I think (our experience together) gives us a strong connection and we all know what the other is going to do,” said junior guard Kaleb McCarn, who started all 11 games as a sophomore. “If one of us messes up, we correct each other because we’re experienced and know each other’s positions.”

“I know I can depend on (these guys),” added senior guard Adrian Flores.

The group of linemen spends as much time together off the field as they do on it. All of them credit that camaraderie as another reason for their success. They’re close friends who believe their relationships with each other benefit them during games too.

“They’ve been here for three years and a couple of them have made almost 30 varsity starts (each),” said Sabercats head coach Rodger Schenks. “They work hard together. They all hang out together and sleep over at each other’s houses.”

“We talk with our (line coach) and with each other about the opposing defenses,” senior tackle Thomas Snelling said about the group making adjustments during games. “We help each other get better.”

The Sabercats reached the playoffs in 2013 before being blown out in the first round by eventual State Champion Yuma Catholic, 57 – 6. They return 19 starters this year to a team that averaged 37 points per game last season despite inconsistent play at the quarterback position.   Schenks announced senior Malik Wolf will be the starting quarterback this season. Wolf started at wide receiver in 2013 before taking over at quarterback near the end of the season. He figures to provide the leadership and stability to make the Sabercats part of any State Championship conversations.

“We all want to go 14 – 0 and win the State Championship,” answered senior center Dillon Ramsey when asked about the team’s expectations in 2014. “As linemen, we expect to drive the defense eight yards off the ball (or more). As a team, we expect to work hard and be competitive in every game.”

Schenks believes his team can contend for the title this year especially with a strong offensive line leading the way.

“We’re excited about having all of them back,” said Schenks. “They allow us to do what we do. I think that’s why our offense is so explosive – because of those five guys.”

As long as the Sabercats’ heartbeat remains strong this season another wish could be granted, or, earned.