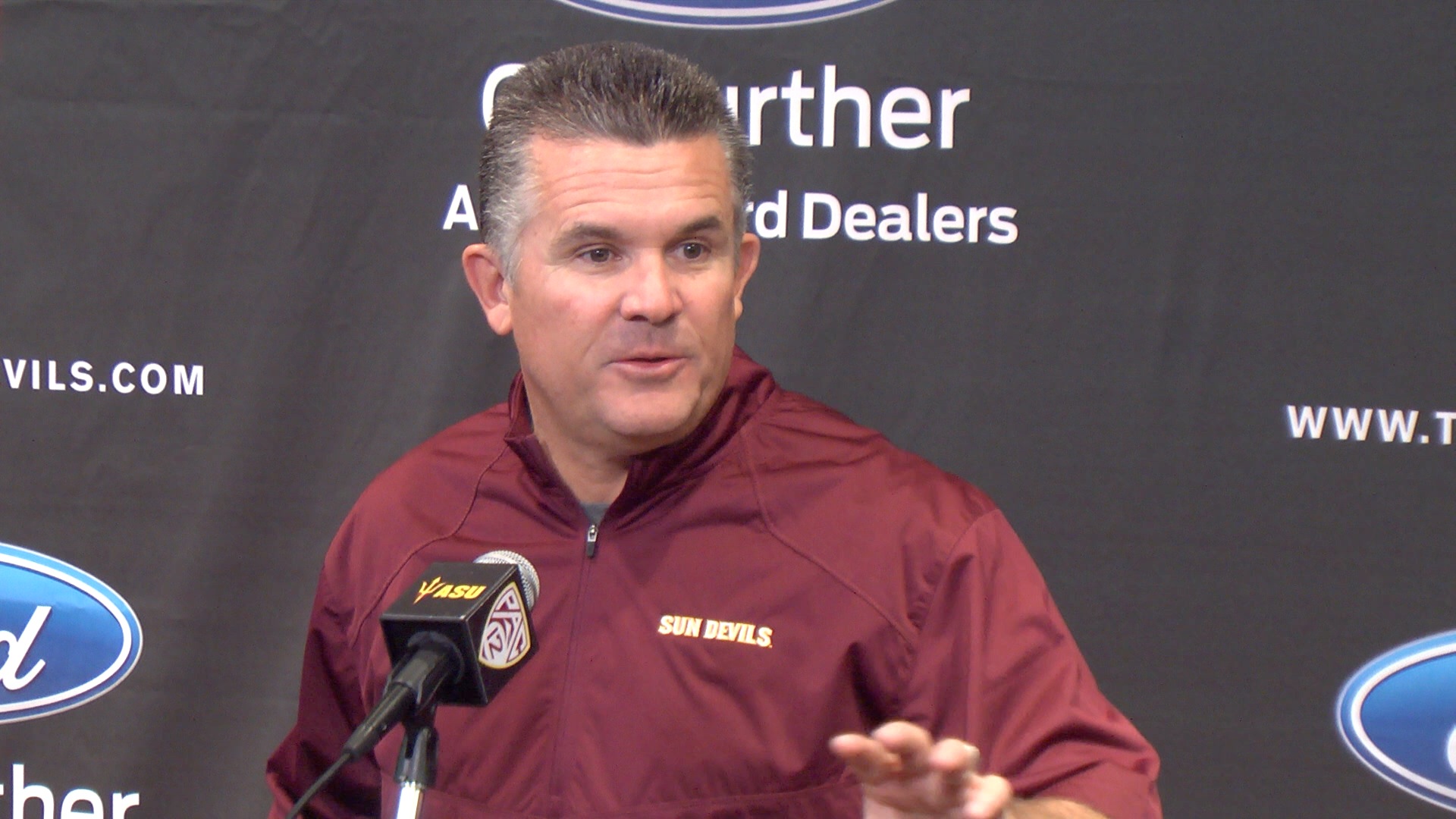 Todd Graham has never been one to back down from a challenge.

In just two seasons at Arizona State the 49-year-old head coach has already delivered on the promise of winning the Pac-12 South and double-digit games.

In the win-now world of college football many Sun Devil fans are expecting even more entering the fall.

Graham says the bigger stage, brighter lights are just fine and pointed to the numerous Top 25 pre-season rankings as a sign ASU is headed in the right direction.

“Good programs, great programs re-load, they don’t re-build,” he explained at Saturday’s annual media day in Tempe. “I’m here to win championships. I’m not interested in anything else.”

To repeat the success of 2013 (10 wins, a Pac-12 South Championship) Graham will need to a develop a young defense as familiar names like Will Sutton, Carl Bradford and Alden Darby have moved on to the NFL. He believes, although the experience may not be there, the talent is and developing a consistent pass-rush will be priority number one as the Devils ramp up to their season opener against Weber State on the August 28th.

There is far more returning experience on the opposite side of the ball where All-Pac-12 quarterback Taylor Kelly has weapons like D.J. Foster (1100 total yards, 10 touchdowns) and wide receiver Jaelen Strong (1100 receiving yards, seven touchdowns) back, as well as a big, seasoned offensive line to protect him. The ASU coaching staff said they will give Kelly more flexibility in play-calling in hopes of improving his impressive junior season (over 4,700 total yards and 37 touchdowns)

Graham expressed the early returns on the 2014 team, from a discipline standpoint, have been positive.

“It’s got my feel to it. I feel good about my chances when they do what they’re coached to do.”