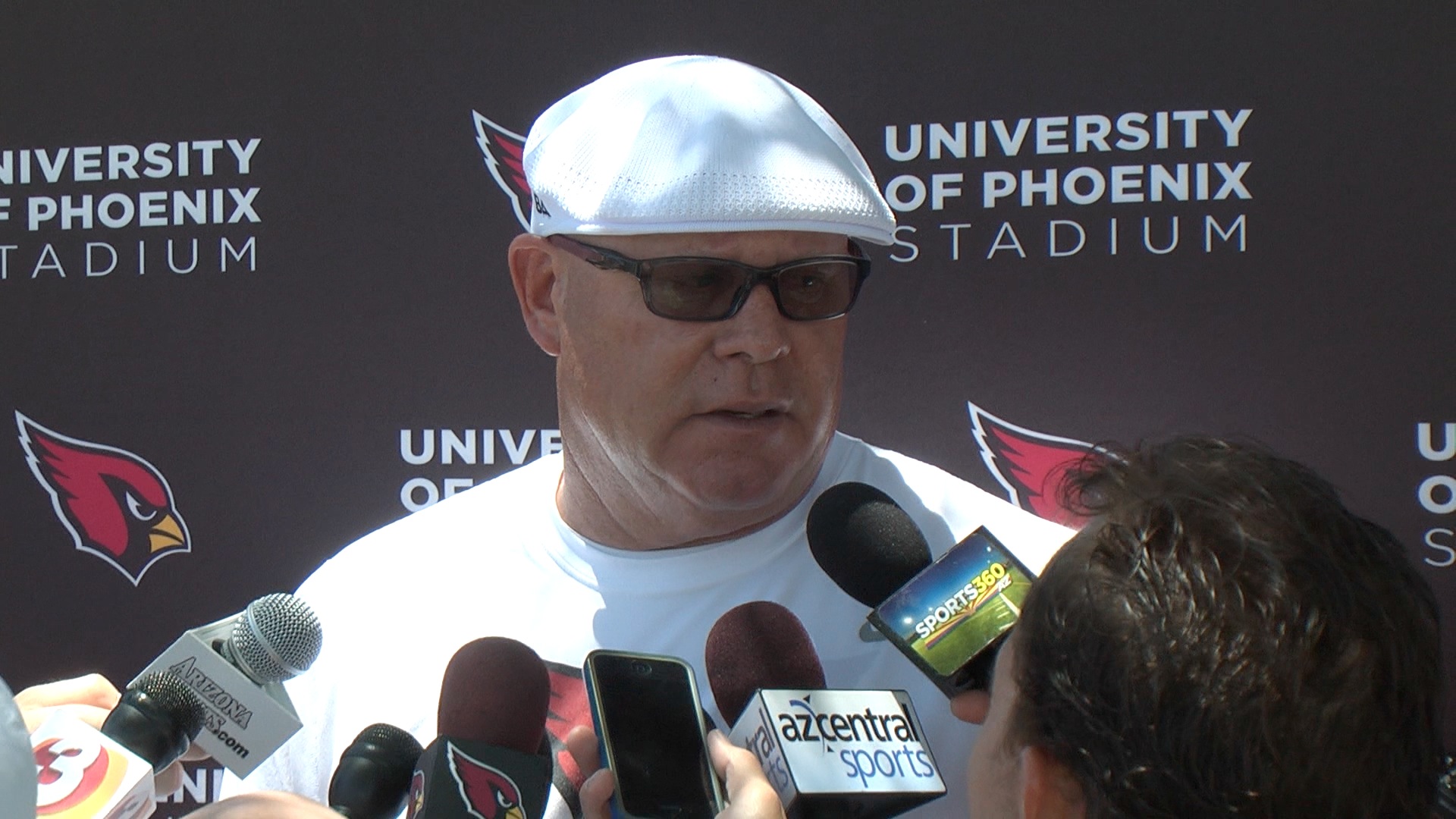 One year later the unknown of Bruce Arians as a head coach is no longer a topic of discussion.

He is, without question, the man in charge and moving the franchise in the right direction after a 10-win 2013 debut.

The Cards have landed back on the national map after Ken Whisenhunt sputtered to just 18 total wins in his final three seasons in the desert.

Arians has been able to connect with his players, the organization and the Red Birds’ fan base as optimism is high entering the season even without a handful of key contributors from last season.

His players respect, love and fear him. The ultimate trifecta for an NFL coach.

“I like somebody who basically knows that he’s probably only going to get one chance at this in his life,” Sports Illustrated senior writer and long-time NFL insider Peter King explained to Brad Cesmat on Friday. “Whatever happens, he’s going to do it his way.”

A long-time NFL assistant and one of the most well-respected offensive minds in the game, it’s clear Arians lives life with no regrets and isn’t afraid to stand up for what he believes in.

“Here’s the kind of guy, if I were ever an athlete, I would like to play for,” King told Cesmat. “He’s a total, no non-sense [guy]…you know exactly where you stand at all times with him. Isn’t that what you want out of a coach?”

King points to the Cardinals going into Seattle and beating the eventual Super Bowl champion Seahawks just one year after an embarrassing 58-0 drubbing at CenturyLink Field.

The big question now is: what will he do for an encore in year two?

In a few short weeks we’re about to find out.

Regardless of the results, one thing is a certainty.

Arians is going to do it his way.