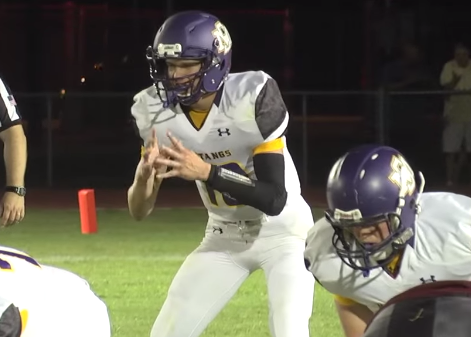 New Era of Quarterbacks Across The Valley

Last week, the Sports360az team got to see some quarterbacks take over programs in their debut as the main option under center.  Eric Sorenson watched Kare’ Lyles dazzle in his debut for the Saguaro Sabercats as they beat rival Chaparral, Jared Cohen watched Chase Cord, who played in seven of ten games in 2013, start off his campaign as the premiere quarterback at Sunrise Mountain this year with five total touchdowns, and I was able to see the beginning of the Nazareth Greer Era at Marcos de Niza, where he used his arm and his legs to take down Horizon.  With local talent like Brett Hundley at UCLA, Luke Rubenzer at Cal, and Kyle Allen at Texas A&M, along with current high school stars like Pinnacle’s Brian Lewerke and Horizon’s Dalton Sneed, it’s safe to say there is plenty of talent under center in the state of Arizona in the present and future.

Centennial Tries To Bounce Back

The Coyotes lost a heartbreaker to Chandler in Week 1, 28-24.  Things don’t get any easier for Centennial this week, as they face off against Basha, who beat Desert Vista on the road in Week 1.  Head Coach Richard Taylor and company will try to right the ship during these tough first few weeks of the schedule.

Speaking of tough schedules, Brophy has had some brutal matchups to kick off 2014.  They opened up the season in Nevada against the best team in the country in Bishop Gorman.  After a tough loss in Week 1, Brophy bounced back and beat Desert Mountain in Week 2.  Things don’t get any easier for the Broncos, as their next two games come at home against Hamilton and on the road against Centennial.  Come Week 5, the Broncos will be more than battle-tested.