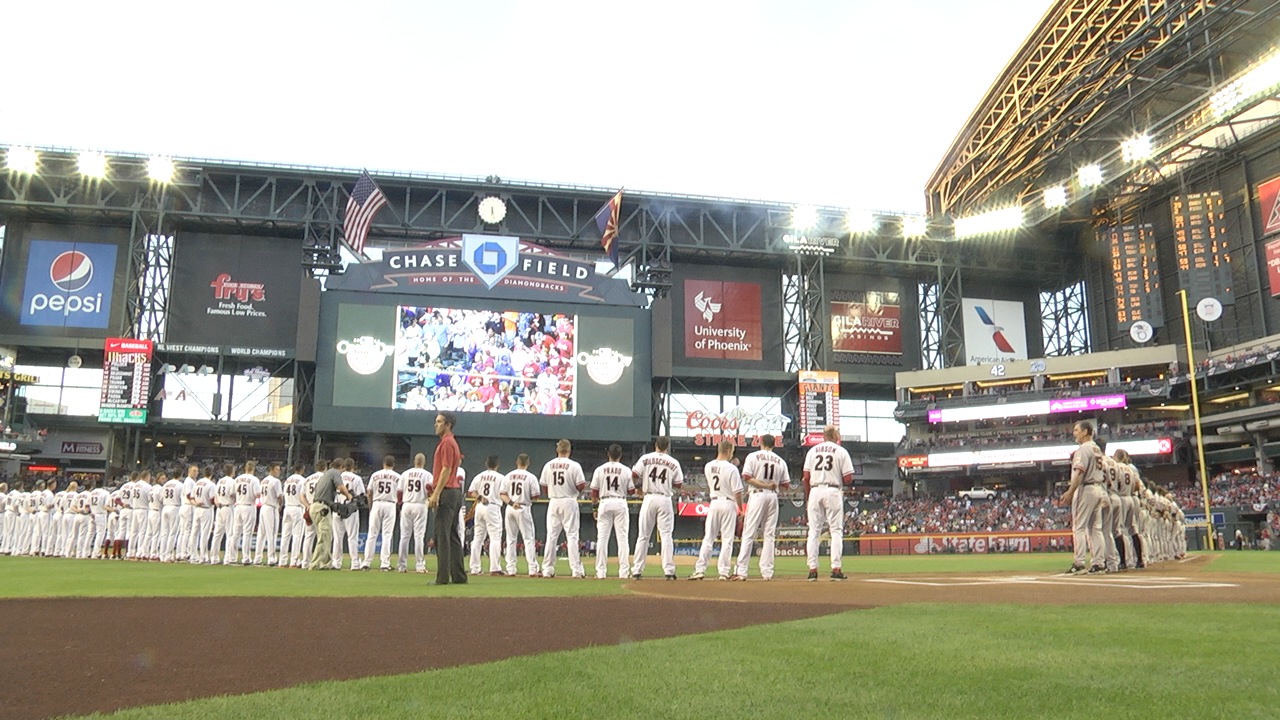 The Arizona Diamondbacks are looking to wash away 2014 which started with the worst opening month in the majors. Monday morning Major League Baseball gave the Dbacks something to look forward to next spring releasing their 2015 regular season schedule.

Arizona opens the season at Chase Field on Monday, April 6th hosting a three-game set against the San Francisco Giants in the first half of a six-game home stand which concludes against another National League West foe, the Los Angeles Dodgers. They’ll play 14 of their first 21 games at home before playing 19 road games in May.

As part of Interleague play, the Diamondbacks will be hosting American League West teams: Los Angeles Angels of Anaheim, Oakland, Houston and Texas. Only the Seattle Mariners won’t be making a trip to the Valley next season.

They close out next season with a six-game home stand in late-September/early October against the Rockies and Astros.

The Dbacks head into the off-season looking for a new general manager after Kevin Towers was relieved of his duties late last week. It appears manager Kirk Gibson will be returning to the bench for at least another year but it’s unclear who will be filling out Gibby’s lineup card with a number or questions to be answered in the field and on the mound. Chief Baseball Officer Tony La Russa is expected to have a busy off-season answering most of those questions.