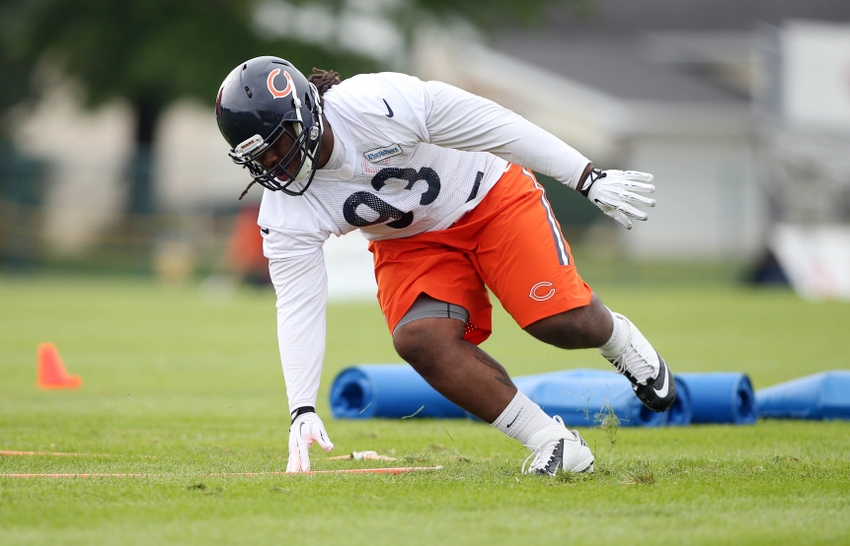 Will Sutton’s life has changed quite a bit over the past five months.

Like other college graduates, Sutton has relocated. Trading in the desert heat to the soon-to-be blustery winters of the midwest after the Chicago Bears selected the former Arizona State All-American defensive tackle in the third round of last spring’s draft.

“Real nice,” Sutton told Sports360AZ.com’s Brad Cesmat in a recent phone interview. “A lot of green. A lot of trees. A lot of land out here…I’m doing great. Everything is going real good…I still can’t believe I’m in the NFL.”

Sutton, slotted second on the depth chart at defensive tackle behind Jeremiah Ratliff, tallied six tackles during the pre-season adjusting to the speed of the game and the unmatched strength of the offensive linemen he faced early in his career.

The 6’0, slimmed down but bulked up 315-pounder caught the attention of Bears’ coaching in training camp exhibiting his leverage and quickness which made him one the Pac-12’s best defensive players his final two seasons in Tempe.

“It’s been going real good,” Sutton explained. “They just threw me in the fire. They expect me to come in and do good things. You gotta learn quick.”

Clearly he has after an up-and-down senior year at ASU when he his production dropped but his weight didn’t. He was again a first-team All-Pac-12 player but critics cited his decreased quickness after ballooning to 320 pounds after playing at 280 during his breakout junior season. He slimmed down to 303 for February’s NFL Combine in Indianapolis.

With those distractions behind him, he’s focused on proving himself once again to his coaches, teammates and fans of one the NFL’s most storied franchises.

“To be a Chicago Bear, it means a lot,” he said. “The thing they say around here is, ‘Chicago’s a tough place.’ So you have to be tough to play for the team.”

The Bears open their season against the Buffalo Bills in Chicago on Sunday.